Don't Miss
Home / Media / Josh Richardson Discusses the Challenge of Being the Miami Heat’s No. 1 Option

Josh Richardson Discusses the Challenge of Being the Miami Heat’s No. 1 Option 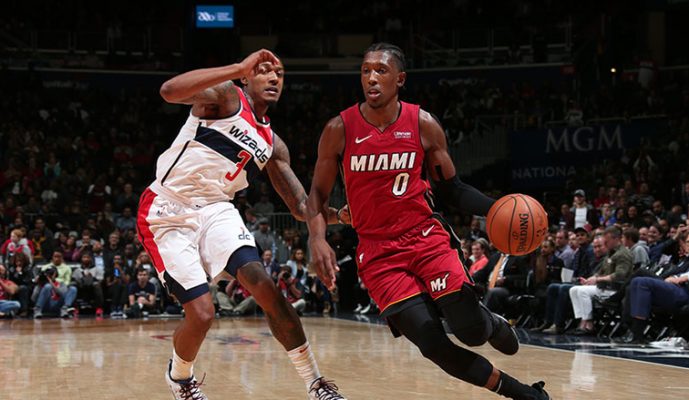 In the Miami Heat‘s first two games of the 2018-19 NBA season, swingman Josh Richardson has emerged as a central component of the team. Scoring 49 points in those first two contests, Richardson welcomes the increased activity and spoke about it after the Heat’s dramatic last-second win on Thursday night.

“I pretty much embrace it now. I had a whole summer of it and, at times, it was like that last year. So I’m pretty much used to it.”

However, Richardson did indicate one drawback to his new role:

“Mentally, you just don’t have any possessions off anymore.”

Another aspect to his status is the amount of pressure he’s adding to his shoulders.

“If we win, it’s great,” Richardson said, “and if we lose, it’s gonna be put on me most of the time. So just being ready for that.

“It’s a little bit more tough both ways, because physically you’ve got to expend a lot more to get open. And you have the ball in your hands a lot, so people can be pressuring you. And, you know, I’m a two-way player; it’s a little bit tougher.”

“The ball is in your hands and you have a Hall of Famer [Dwyane Wade] there pointing to you to say, ‘Make a play for the team.’ He’s starting to realize what he’s capable of doing — more importantly, what he can do for our team when he’s assertive.”

Heat fans will get their first in-person look at Richardson in his new role when the team hosts Charlotte in its home opener on Saturday night.
[xyz-ihs snippet=”HN-300×250-TextnImage”]