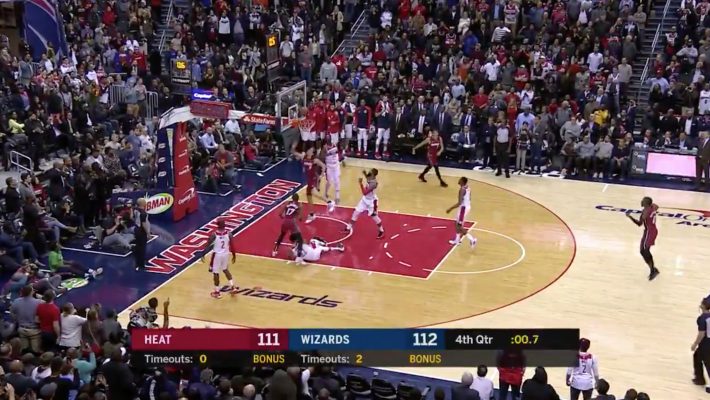 The Miami Heat logged their first victory of the 2018-19 season on Thursday night thanks to an epic game-winning shot by big man Kelly Olynyk.

Olynyk may not be the first person that comes to mind when it comes to taking last-second shots for the Heat, but he got himself in position to get Miami the win when he rebounded a missed shot and laid it back up before time expired.

The incredible effort gave the Heat the much-needed win, 113-112, after a very close contest with the Washington Wizards.

Other than the last-second score, Olynyk had a solid performance in the game, logging nine points and four rebounds in 15 minutes of play.

Just one night before, the Heat had an opportunity to win their season opener on a last-second shot, but failed to capitalize. Thanks to Olynyk, the Heat are back to even with a record of 1-1.

With the game in the books, the Heat can catch their breath and enjoy a restful day off before taking on the Charlotte Hornets on Saturday night.

The Miami Heat defeated the Washington Wizards on Sunday night. After the game, Heat star Bam Adebayo donned the...