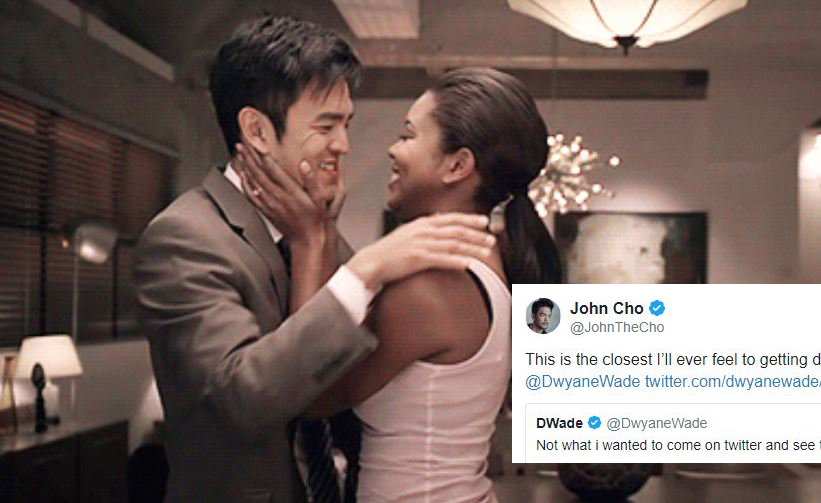 Just a few days ago, former Miami Heat legend Dwyane Wade expressed some tongue-in-cheek lament over his actress wife Gabrielle Union retweeting a love scene from one of her television appearances.

This is the closest I’ll ever feel to getting dunked on by @DwyaneWade https://t.co/iv7rndtEOR

It was a decade ago that Cho co-starred in the 22-episode ABC science fiction television series, “FlashForward,” with Union playing a recurring character on nine shows. Despite the fact that the program lasted just one year, it’s clear that the images have lived on.

By the time Union was portraying her character on the show, she and Wade had begun their relationship that developed following their first meeting in 2007. The pair would end up getting married in 2014.

Wade and Union welcomed their first child last November when daughter Kaavia James was born by surrogate. Her arrival temporarily took Wade off the court in what was the final year of his 16-season NBA career. However, he ended up playing in 72 games and finished up what will be a Hall of Fame career by averaging 15.0 points, 4.2 assists and 4.0 rebounds.

While Wade could conceivably end up joining his wife in some future productions, it’s likely that Union will be the partner who will remain in front of the camera. Most likely, Wade is hoping that no more love scenes will be in her future.