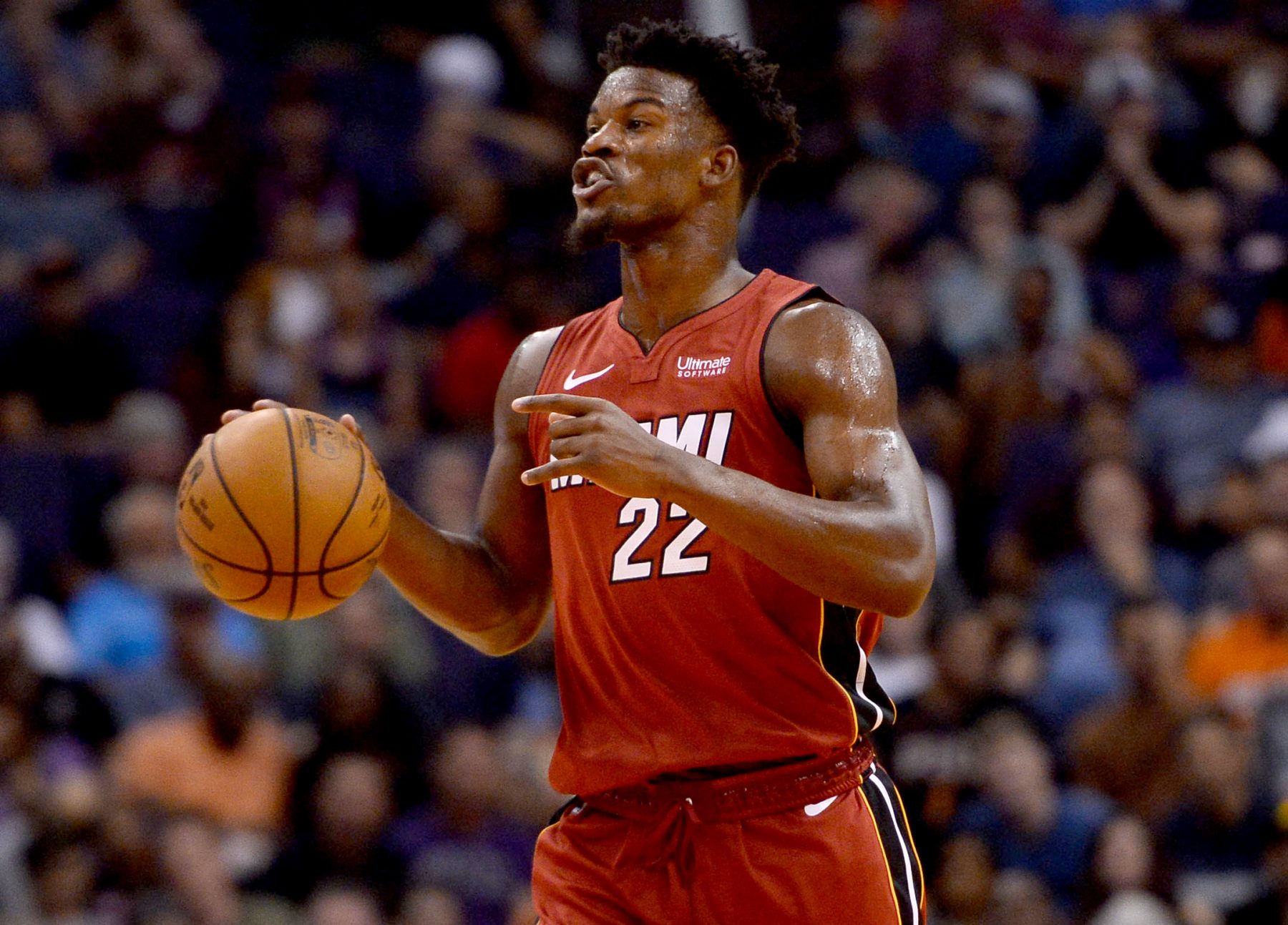 Jimmy Butler is a proud new resident of Miami.

While it’s undoubtedly the Miami Heat that brought him to South Florida, the four-time All-Star recently stated that it was more than just basketball that attracted him to the Sunshine State.

Butler spoke with Michael Lee of The Athletic to break down all the reasons why Miami is such an attractive place for him to call home.

“It’s the next place that basketball has brought me. It’s a good one. You look at everything we have. Everything this organization has done. It just fits me, man. So, I’m happy. Miami is a place where I’m happy,” Butler said. “People overlook the fact that this was one of the places I was trying to get to, early on. For that reason. Because life isn’t always about basketball. It’s about principle. It’s about character. It’s about so many different things.

“Basketball is great here, but the people here, what they expect of you on a daily basis. The level that they hold you accountable at here, is something that I respect. It’s something that I really love — not just like, really love — because it’s about having good people and doing things the right way. Because when this basketball thing is over with, you’re still going to have to have those morals. And if you don’t have that, you’re in for a rude awakening.”

Butler, 30, is currently averaging 18.7 points, 7.0 assists and 5.7 rebounds per game. While there’s a lot of basketball left to be played, his impact has already been felt in every game he’s suited up for.

Looking forward, it will be interesting to see if team president Pat Riley can make good on his apparent desire to pair Butler with another NBA star. Whether that comes via trade or free agency remains to be seen. If it happens, it’s quite likely that Miami will once again be considered amongst the class of the NBA.

Featuredjimmy butlermiami heatNews Ticker
← Previous Story Jimmy Butler When Asked What He Expects From 76ers Fans: ‘To Tell You the Truth I Don’t Care’
Next Story → Kendrick Nunn Discusses Powerful Reason Why He Wears No. 25