Jimmy Butler Sends Message of Love to City of Miami After Win vs. Washington Wizards 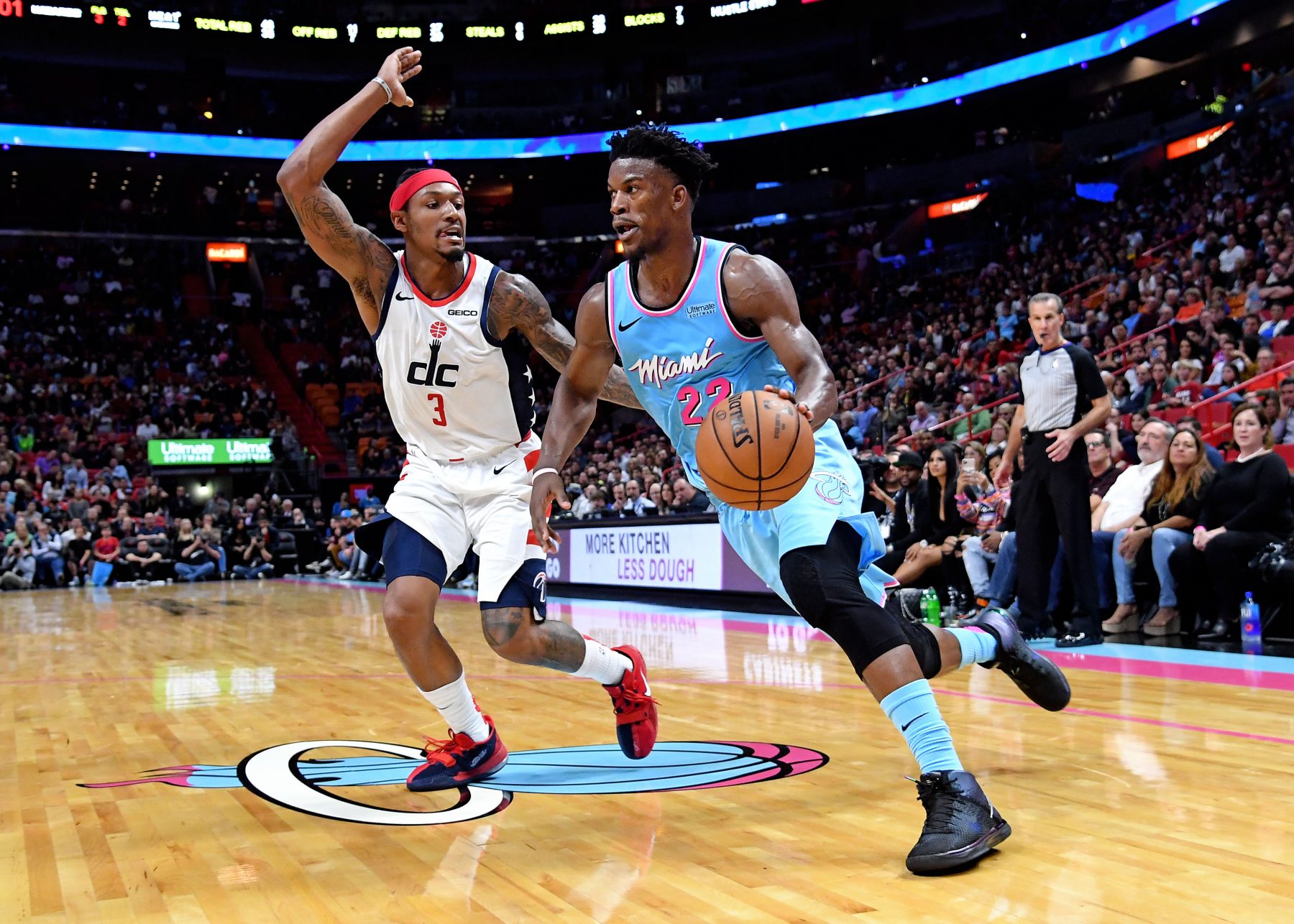 After recording a triple-double in a big win over the Washington Wizards on Friday night, Miami Heat forward Jimmy Butler sent a message to the city he now calls home.

In his first season with the Heat, Butler has embraced the city of Miami and everything that comes with it. The four-time All-Star said recently that he is happy in Miami and that he had wanted to go there for reasons beyond basketball.

After 22 games, the Heat currently have a record of 16-6. They are undefeated at home.

Butler, who has missed four games this season, is having a superb year, averaging 20.5 points, 6.3 rebounds, 6.8 assists and 2.3 steals per game. On Friday, he recorded his second triple-double of the week, with 28 points, 11 assists and 11 rebounds.

His other triple-double effort came in an overtime win over the defending champion Toronto Raptors.

The Marquette University product leads the Heat in points, assists and steals per game.