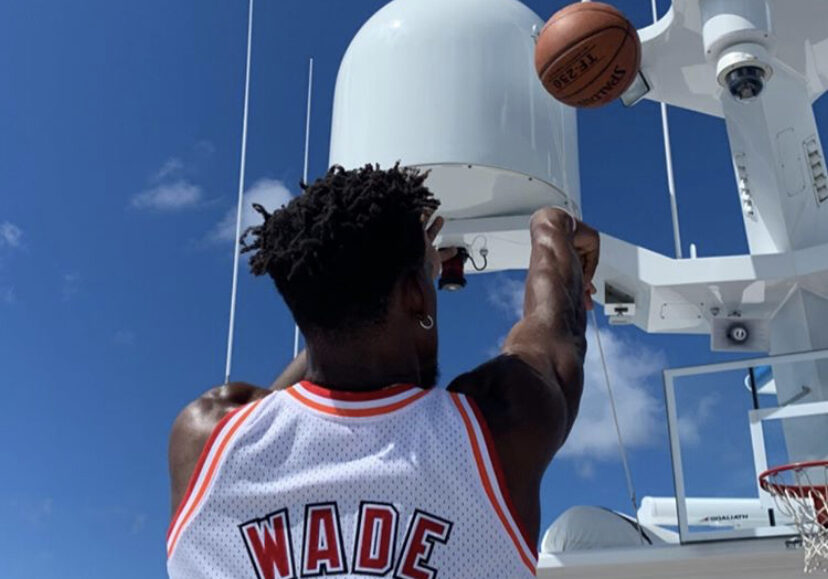 The offseason has finally begun for Jimmy Butler and the Miami Heat, and the five-time All-Star seems to be enjoying his time off in the best way possible.

The star forward took to social media to show off his white, crispy and signed Dwyane Wade Heat jersey while shooting hoops aboard what looked to be a yacht. 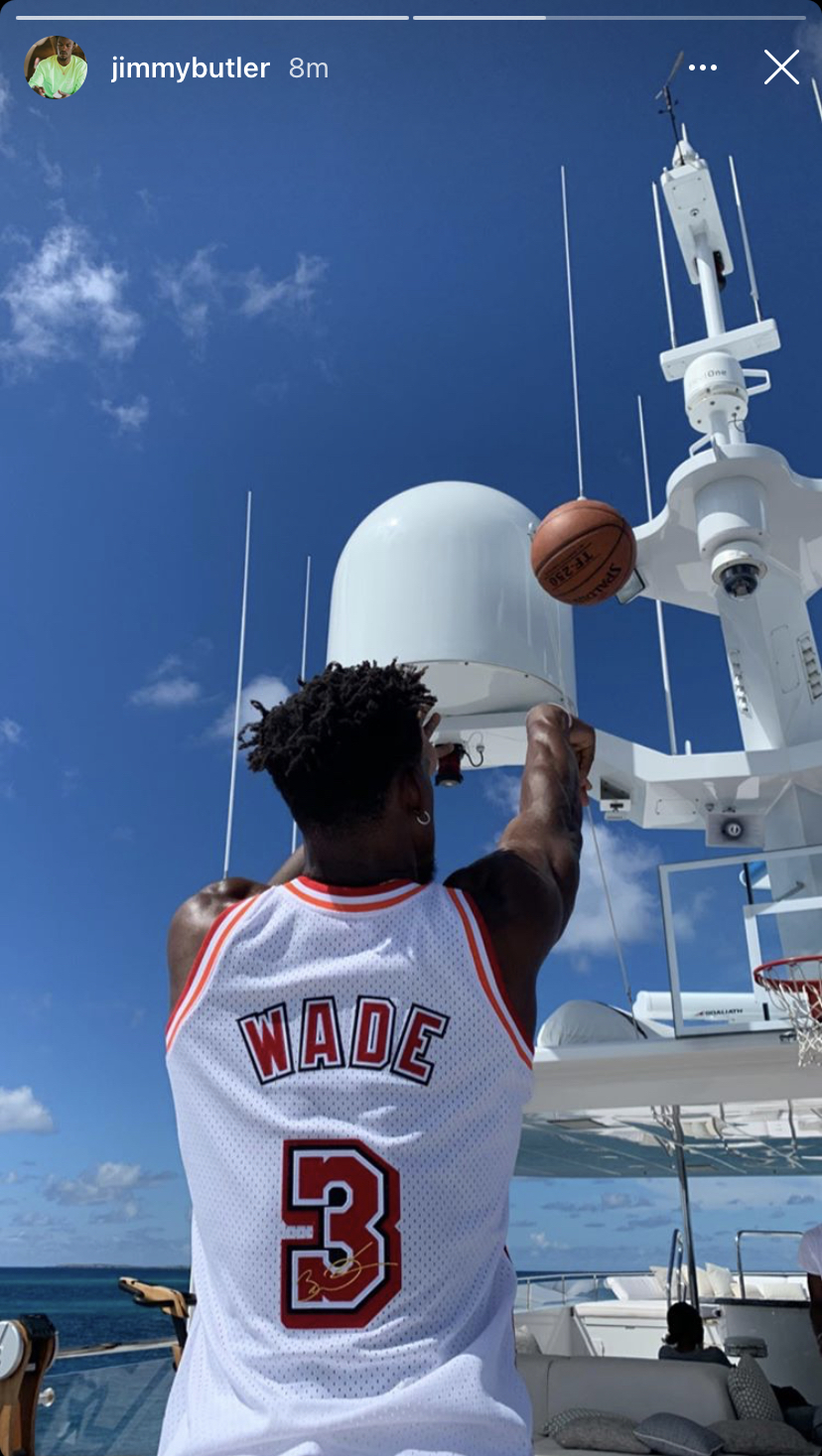 Wade was instrumental in helping the Heat acquire Butler last offseason. In fact, it was Wade who convinced Butler that his competitiveness and intensity would be right at home in South Florida.

With Butler’s first season in Miami in the books, it’s evident that Wade knew exactly what he was doing.

Butler and the Heat just concluded a season in which they surprised the entire NBA by winning the Eastern Conference and representing in the NBA Finals.

While they lost to the Los Angeles Lakers, the Heat are expected to be major contenders for years to come.

When Wade retired after the the 2018-19 season, he left a superstar void in the Miami. Though Butler will never mean what Wade means to the Heat franchise, there is no doubt that he will do whatever it takes to create a championship legacy of his own.

Heat fans likely wouldn’t have it any other way.