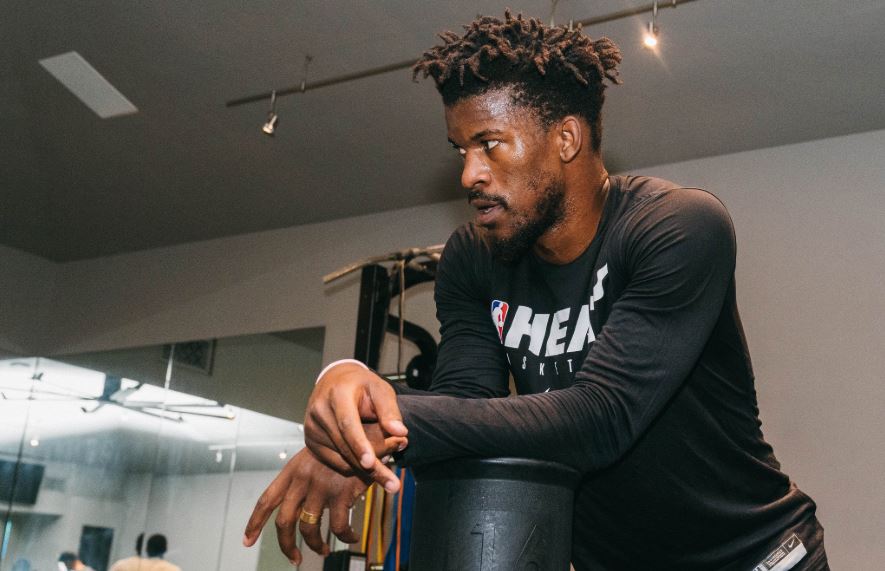 In less than one season, Jimmy Butler has managed to exemplify everything that the Miami Heat look for in a star player.

His passion for the game and support for his teammates have been on display since very early in the 2019-20 season, and the future seems quite bright with him helping to lead the way.

However, earlier in his career, Butler wanted nothing to do with the Heat. That’s because his former Chicago Bulls coach, Tom Thibodeau, inspired hate for the Heat amongst his players.

“In Chicago, like Thibs bred us to hate Miami and every player that ever played for them, like crazy,” Butler said during an Instagram Live conversation with WNBA star Sue Bird and soccer star Megan Rapinoe. “Now, [Dwyane Wade] is like one of my best friends.”

Since then, he has performed at a high level on every team he’s played on. With that being said, this season seems to be the first that Butler really feels at home.

He has been quite vocal about how he hopes to spend the rest of his NBA career in South Florida.

Hopefully, he manages to win a title or two before the end of his career.