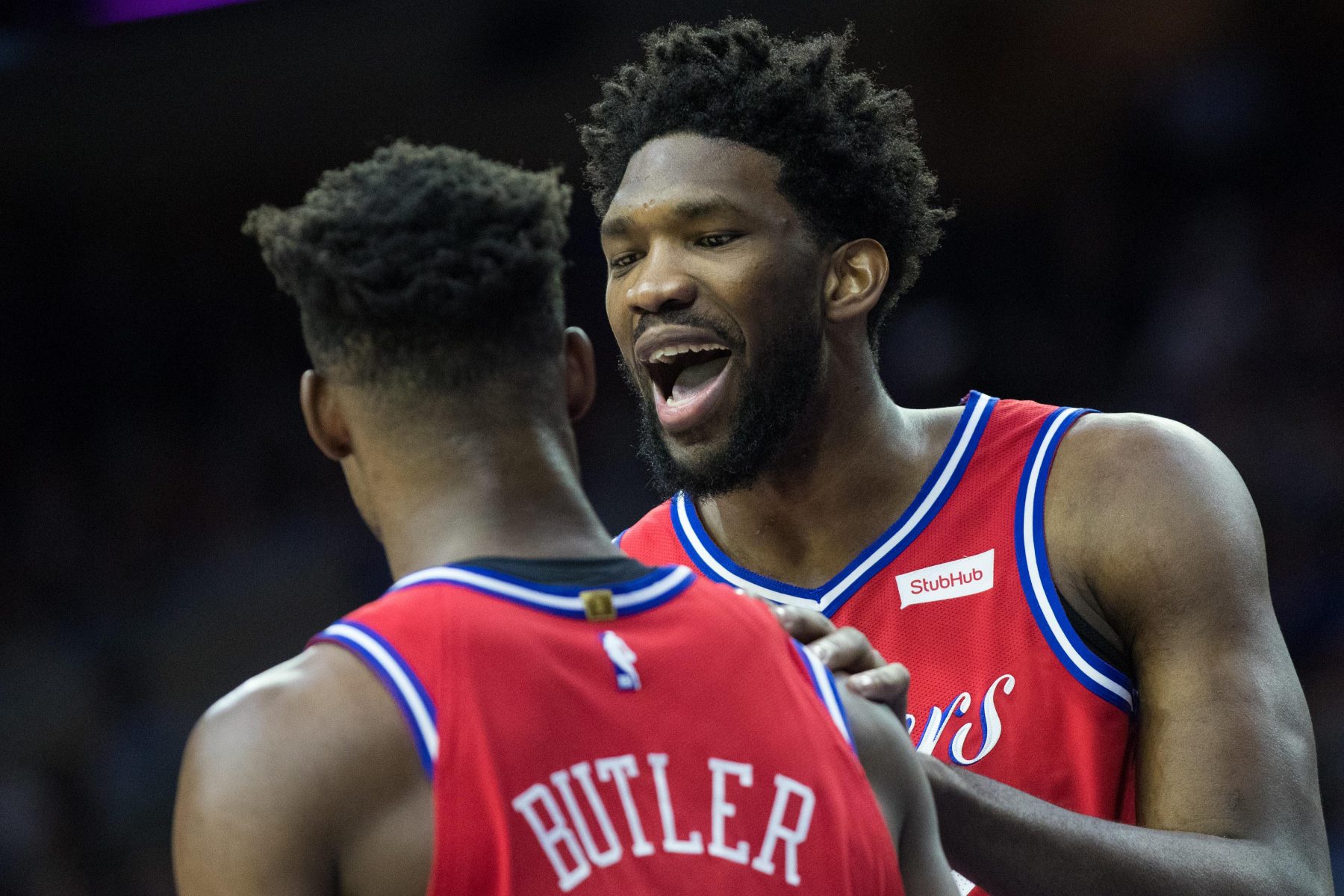 Jimmy Butler hasn’t always gotten along with his former teammates throughout his NBA career, but star big man Joel Embiid seems to have a whole lot of love for the new Miami Heat star.

In a recent interview with Rachel Nichols on ESPN’s “The Jump,” Embiid admitted that he wishes Butler were still on the Philadelphia 76ers.

“We lost a big piece in Jimmy,” Embiid said. “He did a lot of great things for us.”

Embiid went on to say that Butler was one of the 76ers’ two primary closers last season, a role that Butler has dominated since ascending to NBA stardom.

“When it was the fourth quarter, we knew the ball was gonna be in either me or Jimmy’s hands,” Embiid added.

Last season with the 76ers, Butler averaged 18.2 points, 5.3 rebounds and 4.0 assist per game. His scoring and assist averages were the lowest of his career since the 2014-15 season, but considering the fact that he is the lone star on Miami’s current roster, those numbers should dramatically increase this upcoming season.

Just as much as he misses on-court production, however, it seems Embiid misses Butler’s presence on the team as well.

“That’s my brother forever,” the center said. “I wish he was on the team.”

There’s no doubt that Butler has an incredibly strong personality. While he may rub some the wrong way, it’s clear that he has the ability to form strong relationships with his teammates.

Butler is in the process of forming strong bonds with his Heat teammates at this very moment. It’s possible that by season’s end, Butler and his new teammates could face off against his former squad in the Eastern Conference playoffs.