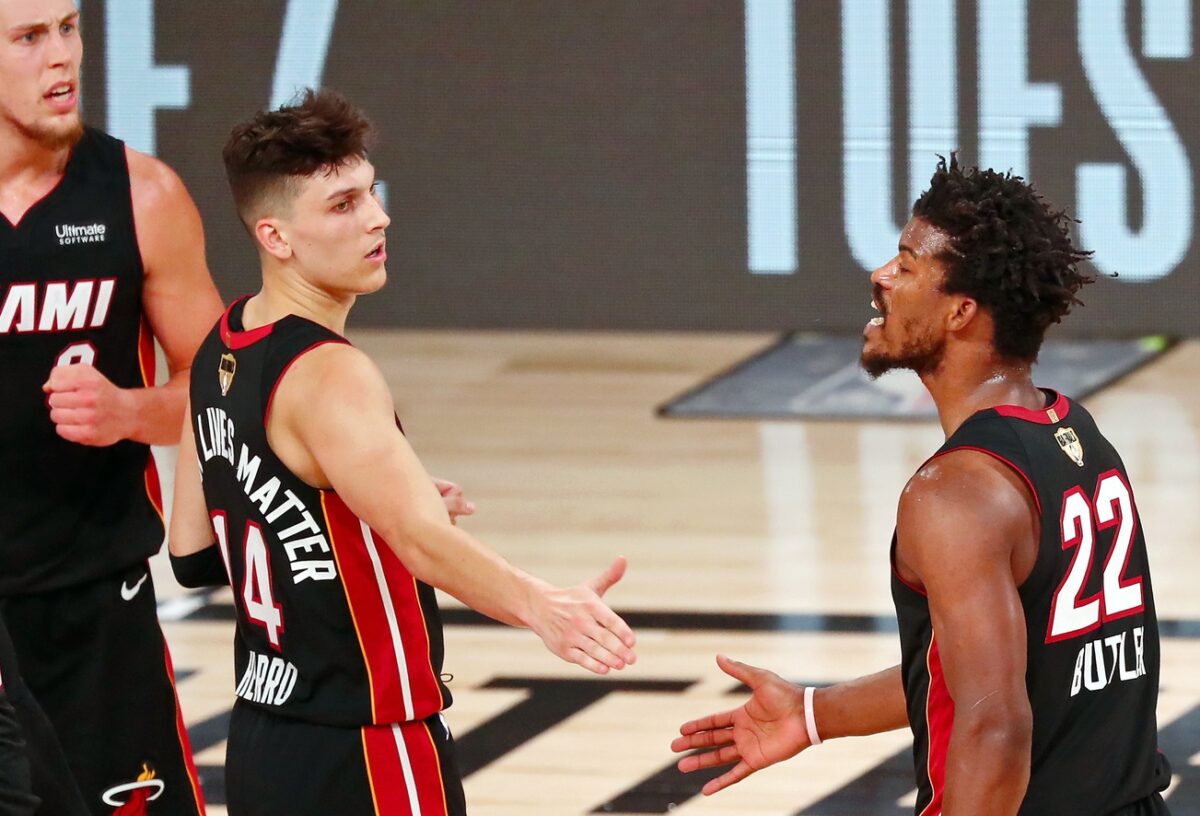 Down 0-2 in the 2020 NBA Finals, the Miami Heat seemed to have no chance of competing with, let alone beating the Los Angeles Lakers.

Instead, Miami earned one of the more heroic wins in Finals history, defeating L.A. 115-104 in Game 3 despite being very shorthanded.

All-Star Jimmy Butler said after the game that one category was the key to the victory.

Jimmy Butler on what the Heat figured out in Game 3: "We rebounded. That's gonna be the key going forward."

Butler had perhaps the best game of his career. He scored 40 points and had 11 rebounds, 13 assists, two steals and two blocks as he carried his team throughout the contest.

Indeed, a better effort on the boards also helped the Heat in Game 3.

Although they got outrebounded 43-37, the margin was significantly less than it was in Game 1, when it was no contest in that department.

Lakers big man Anthony Davis, who had his way on the boards in the first two games, was held to just five rebounds on Sunday.

When he was a head coach, Heat president Pat Riley was known for telling his players “no rebounds, no rings.” It would be wise for the Heat to continue following that mantra.