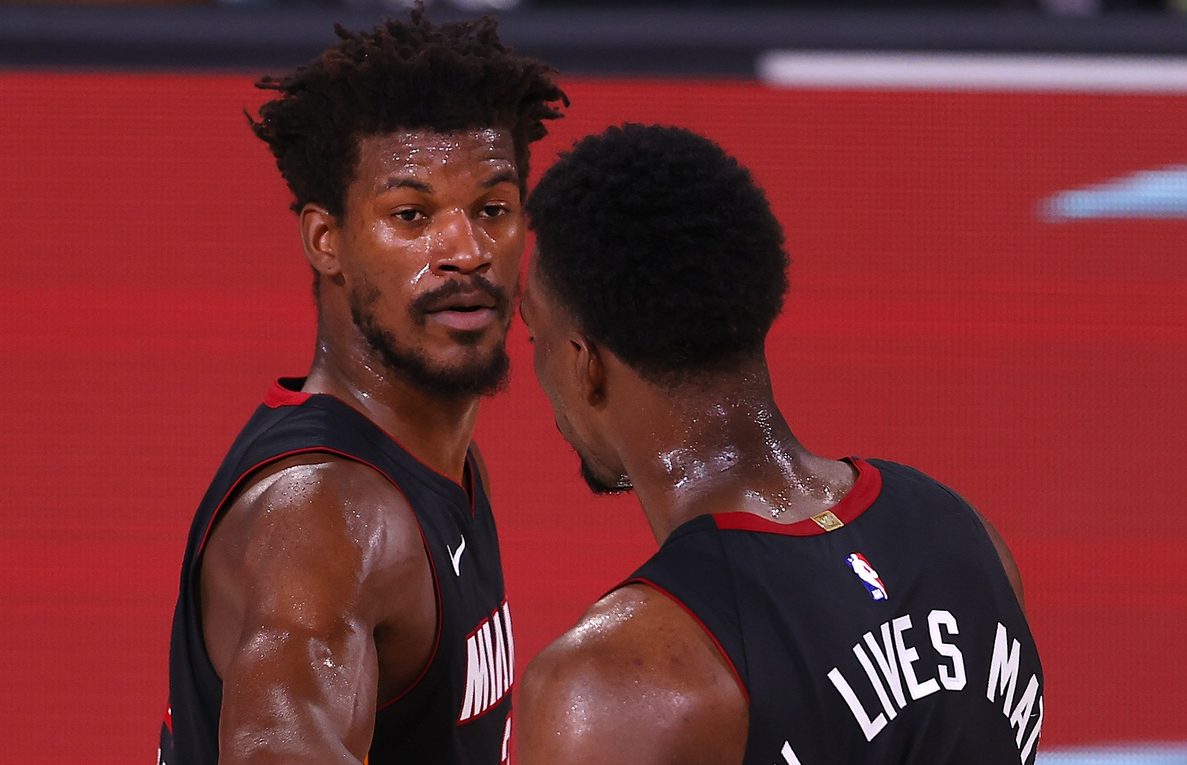 The Miami Heat cruised to a convincing 113-101 win over the Indiana Pacers on Tuesday, and All-Star Jimmy Butler was a big reason why.

Butler not only led his team in scoring with 28 points in the game but also served as the clear emotional leader.

Butler was highly vocal throughout the game., which included a moment in which Butler “glowered” at Heat All-Star Bam Adebayo.

While the interaction may have drawn some concern from Heat fans watching at home, Butler later explained that that’s just how things are done in Miami.

“I think everybody here knows what I want, and that’s to win,” Butler said. “I know what Bam wants, and that’s to win. So when I see something when somebody’s not doing what they’re supposed to be doing, it’s quick. You get to the point and you get it out of the way.

“And here, that’s how we handle everything. We don’t beat around the bush and go tell somebody to tell somebody. You go right to that person, you say it, and it’s over with.”

Butler went on to say that the moment was nothing more than a moment and has nothing to do with his and Adebayo’s relationship.

Adebayo echoed his teammate’s sentiment and even went so far as to call Butler a “brother.”

“If you heard it you’re going to think we’re mad at each other,” he said. “But it comes from a place that we know that we can make each other better and we feed off each other.

“So when me and Jimmy are talking, it doesn’t sound great, but it comes from a brother standpoint.”

The Heat looked strong in Tuesday’s game and were rewarded by coming out with a win.

They’ll surely look to replicate that result when they meet the Pacers on the court next on Thursday.