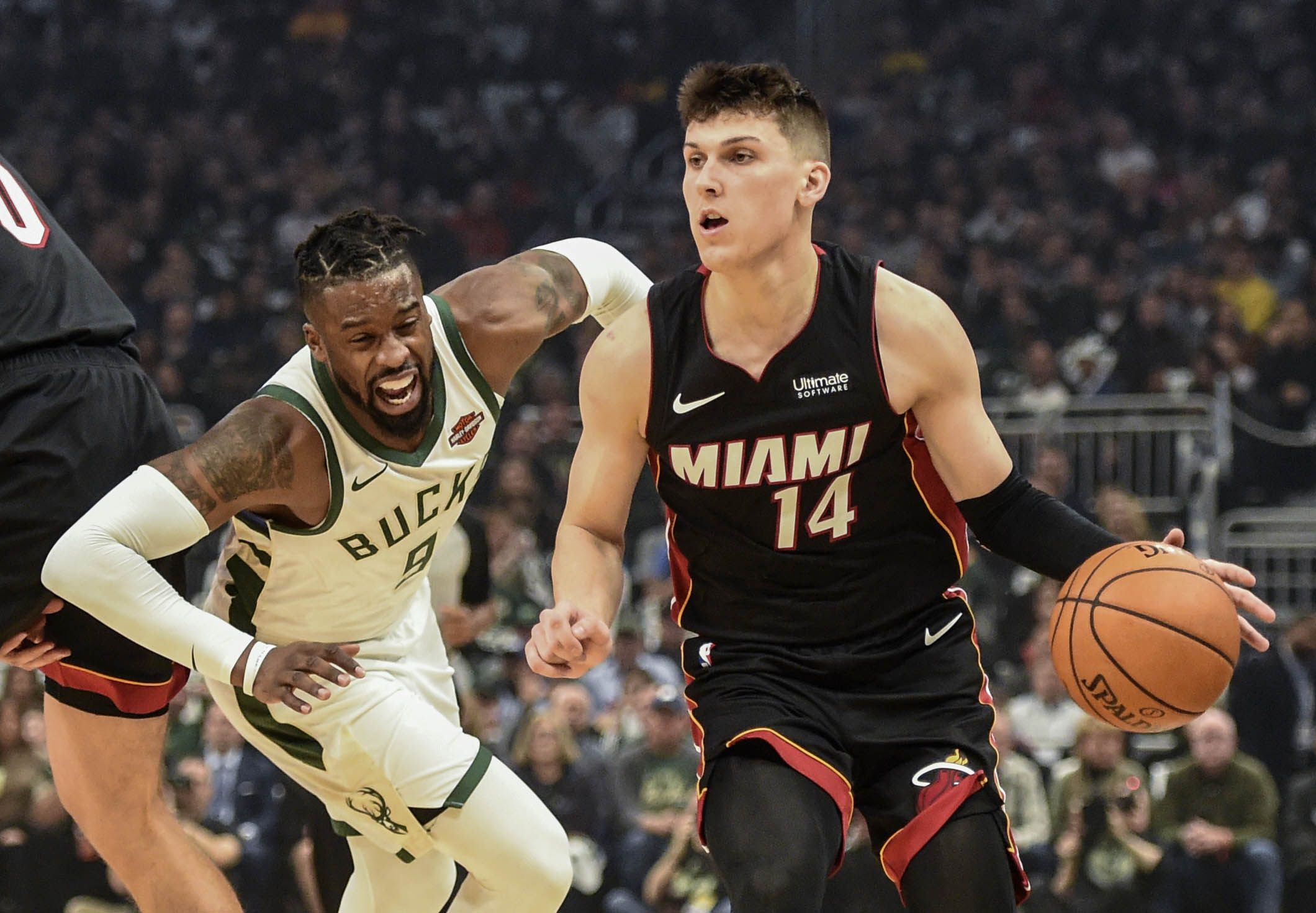 The Miami Heat picked up their first road win of the season in thrilling fashion on Saturday.

The impressive victory against the Milwaukee Bucks earned some respect from stars Dwyane Wade and Jimmy Butler.

Despite falling behind by 21 points in the third quarter, the Heat rallied to defeat reigning MVP Giannis Antetokounmpo and the Bucks in Milwaukee’s home opener.

Miami was led by point guard Goran Dragic, who scored 25 points, eight assists and six rebounds off the bench. In addition, big man Bam Adebayo put up 19 points, 13 boards and eight assists in the hard-fought triumph.

Perhaps the most impressive part of the road win, the Heat were without the services of Butler. The four-time All-Star has been off the floor due to the birth of his daughter. Yet, the team’s new captain appears to still be extremely supportive from the sidelines.

The Heat take on the Minnesota Timberwolves on Sunday.