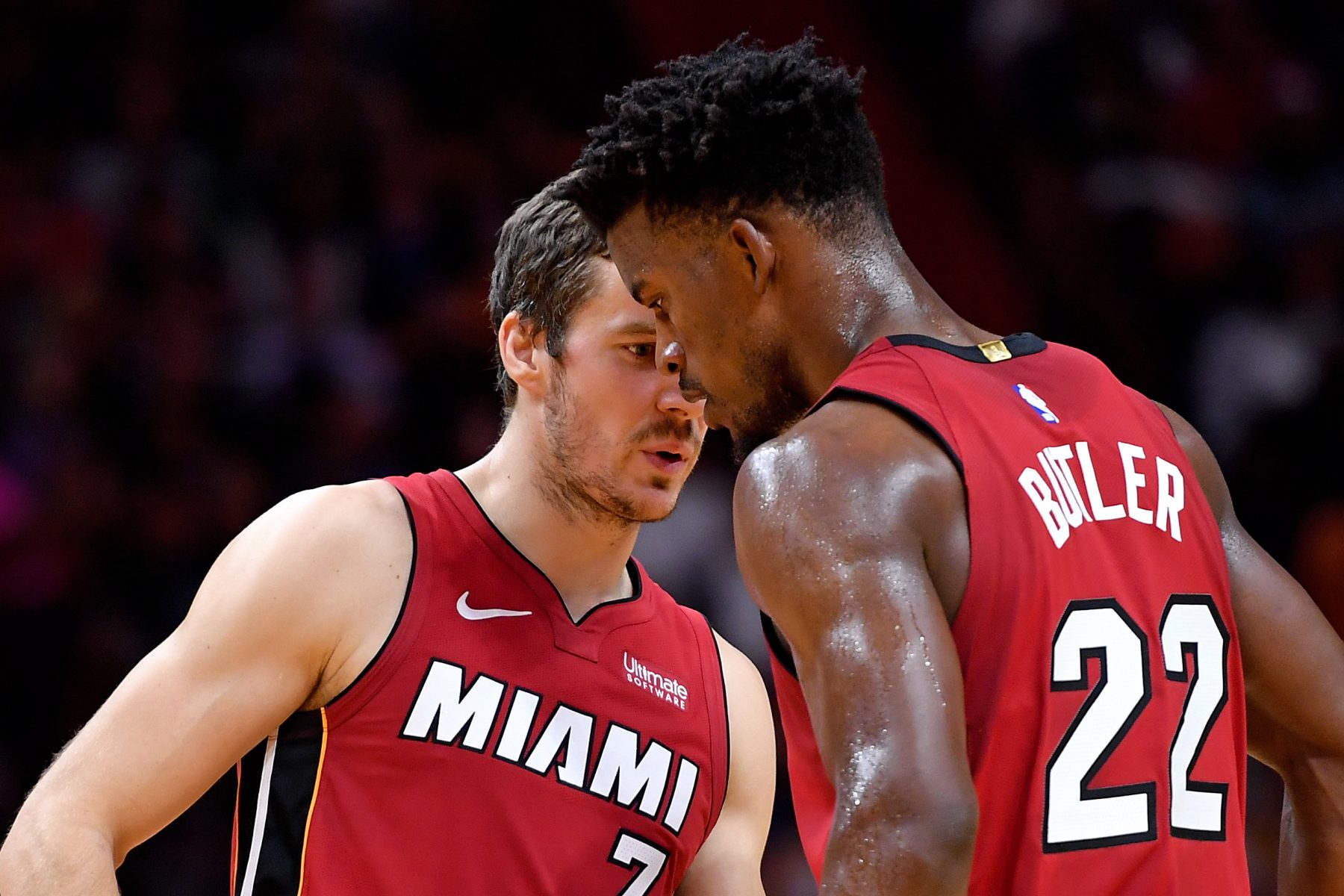 Early on in Jimmy Butler’s career with the Miami Heat, it has become abundantly clear that he and veteran point guard Goran Dragic have formed a close connection.

The two have had nothing but great things to say about one another ever since they began playing together.

On Wednesday, Butler continued that trend when he took to Instagram to wish his close friend and teammate a happy birthday.

number 7 on the court but number 1 in our hearts! HAPPY BIRTHDAY BRATE @the_1_dragon (pay no attention to @therea1djones and @bam1of1 )

Throughout the 2019-20 season, Butler has been tasked with leading the Heat’s starting unit, while Dragic has primarily taken over the responsibility of leading the bench unit.

On the season, Butler is averaging 20.2 points, 6.6 rebounds and 6.1 assists per game. While he’s been a top-level star for much of his NBA career, he’s shown a new level of versatility in his first year in Miami.

Together, both players have had a huge role in the Heat’s strong campaign thus far.

While Dragic’s current contract is up at the end of this season, recent reports indicate that he may stick around beyond that on a team-friendly deal.

If that ends up being the case, there is little doubt that the friendship between Butler and Dragic will only continue to blossom and grow.