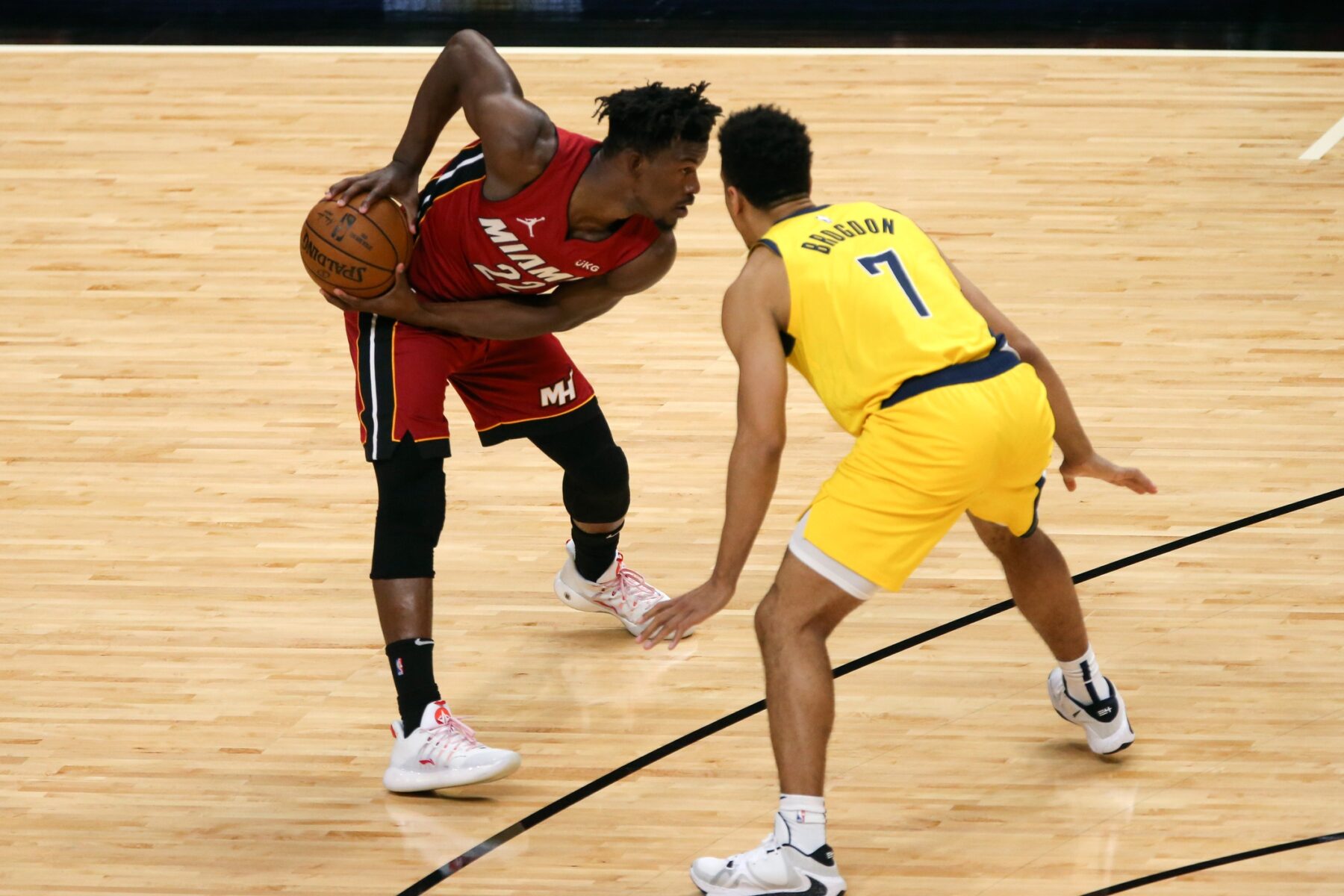 Miami Heat superstar Jimmy Butler is never lacking for confidence and is now indicating that the Heat will wipe out last year’s disappointment and win the NBA title.

Butler helped lead the Heat to their first finals in six years, but Heat fans had to watch that series against the Los Angeles Lakers on television because the games were played within an NBA bubble.

With COVID-19 protocols being eased and more fans being allowed in to watch NBA games, Butler feels that Heat fans can provide a huge boost in helping the team capture what would be its first NBA championship since 2013.

“I miss the fans in the arena—I wish they could’ve been a part of making it to the finals, to just feel that electric energy in the building,” Butler said. “It’ll take a lot more from myself, a lot more from everybody as a collective to make it, but when we get there, which we will, we’re gonna get it done this time.”

The 2020-21 season has been a season of ups and downs for both Butler and the team as a whole, with the veteran missing a series of games that coincided with a rough stretch for the Heat.

Since Feb. 18, the 26-24 Heat have had winning streaks of six and five games, respectively, followed by a six-game losing streak. Currently, they’re in the midst of a four-game winning streak, with a home game against the Memphis Grizzlies set for Tuesday night.

If Butler’s prediction does come true, it’s a fairly safe wager that he’ll be a key reason for that surge at the most important time of the year.