Don't Miss
Home / Media / Jimmy Butler Lauds Kendrick Nunn: ‘He’ll Be in This League for a While’

Jimmy Butler Lauds Kendrick Nunn: ‘He’ll Be in This League for a While’ 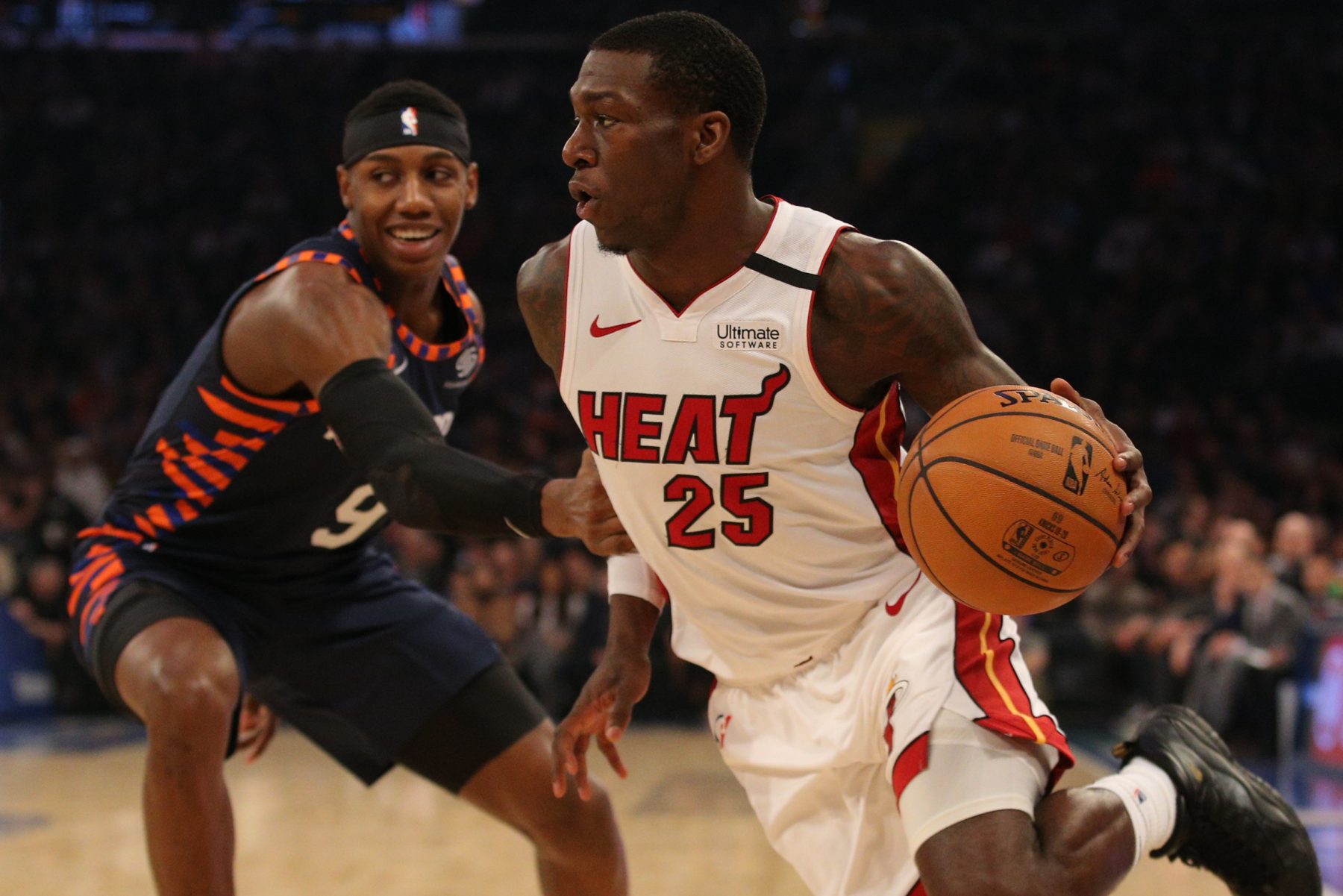 Rookie Kendrick Nunn has been an incredibly pleasant surprise for the Miami Heat all season long.

Brought in as an undrafted prospect last year, Nunn quickly solidified his place in Miami’s starting unit this season and never looked back. According to star teammate Jimmy Butler, Nunn’s accomplishments so far are only the beginning.

In fact, Butler believes that Nunn will be a mainstay in the NBA for years to come.

“He just works,” Butler said of Nunn after Miami’s win over the Oklahoma City Thunder on Friday. “I feel like that’s where your confidence comes from, whether that’s on the defensive end when you’re working on schemes of everything, or it’s offensive end, getting in your bag, you’re working on shooting the ball, he’s constantly working on his game. He’ll be in this league for a while.”

In Miami’s win on Friday, Nunn served as the team’s leading scorer with 22 points in the game. In that performance, Nunn joined Heat legend Dwyane Wade as the only other rookie in franchise history to score 20 points or more in three straight games more than once in a season.

While no one expects Nunn to enjoy the incredible career that Wade did, it is no doubt exciting to have such a promising young guard on the roster.

As for Butler, he’s busy trying to lead the Heat to the playoffs this season. Right now, their 29-12 record is good for the No. 2 seed in the Eastern Conference.

If Nunn can maintain his recent scoring output, there’s little doubt that his team will remain near the top of the league’s standings.