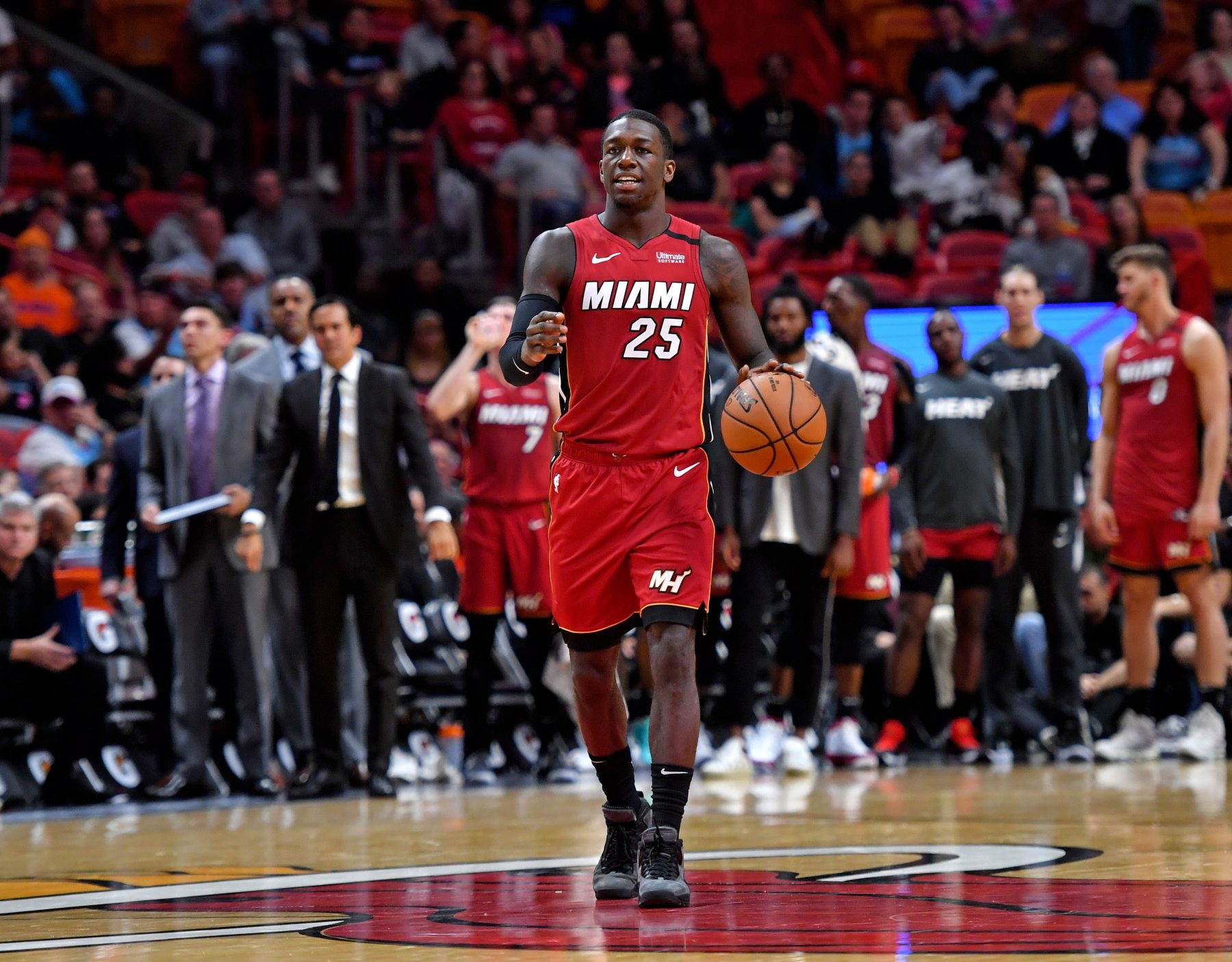 Rookie guard Kendrick Nunn entered the Miami Heat record books after accomplishing a feat that only Dwyane Wade had done with the team before.

When he scored 22 points in the Heat’s 115-108 victory over the Oklahoma City Thunder on Friday, Nunn recorded his third straight game with 20 or more points.

It was his second time to notch at least 20 points in three straight games this season. Wade is the only other rookie to have reached that milestone for the Heat.

Kendrick Nunn (22 PTS) scored 20+ for the 3rd straight game. Nunn also scored 20+ in 3 straight games in November. The only other player in @MiamiHEAT history to have multiple streaks of this kind in their rookie season was Dwyane Wade, who had 3 such streaks in 2003-04. pic.twitter.com/gF5i00lGgK

The 24-year-old rookie began his current streak with a 20-point outing in a 124-121 loss against the New York Knicks last Sunday.

Nunn followed that up with a 33-point explosion in a 106-100 win versus the San Antonio Spurs on Wednesday. He knocked down 13-of-18 shots from the field including a sizzling 5-of-7 from three-point territory in that contest.

His first three-game streak of 20 or more points happened back in November.

Nunn is currently second among all rookies in scoring this season with an average of 16.0 points per game.