Jimmy Butler Addresses Giannis Antetokounmpo Not Guarding Him in Game 1 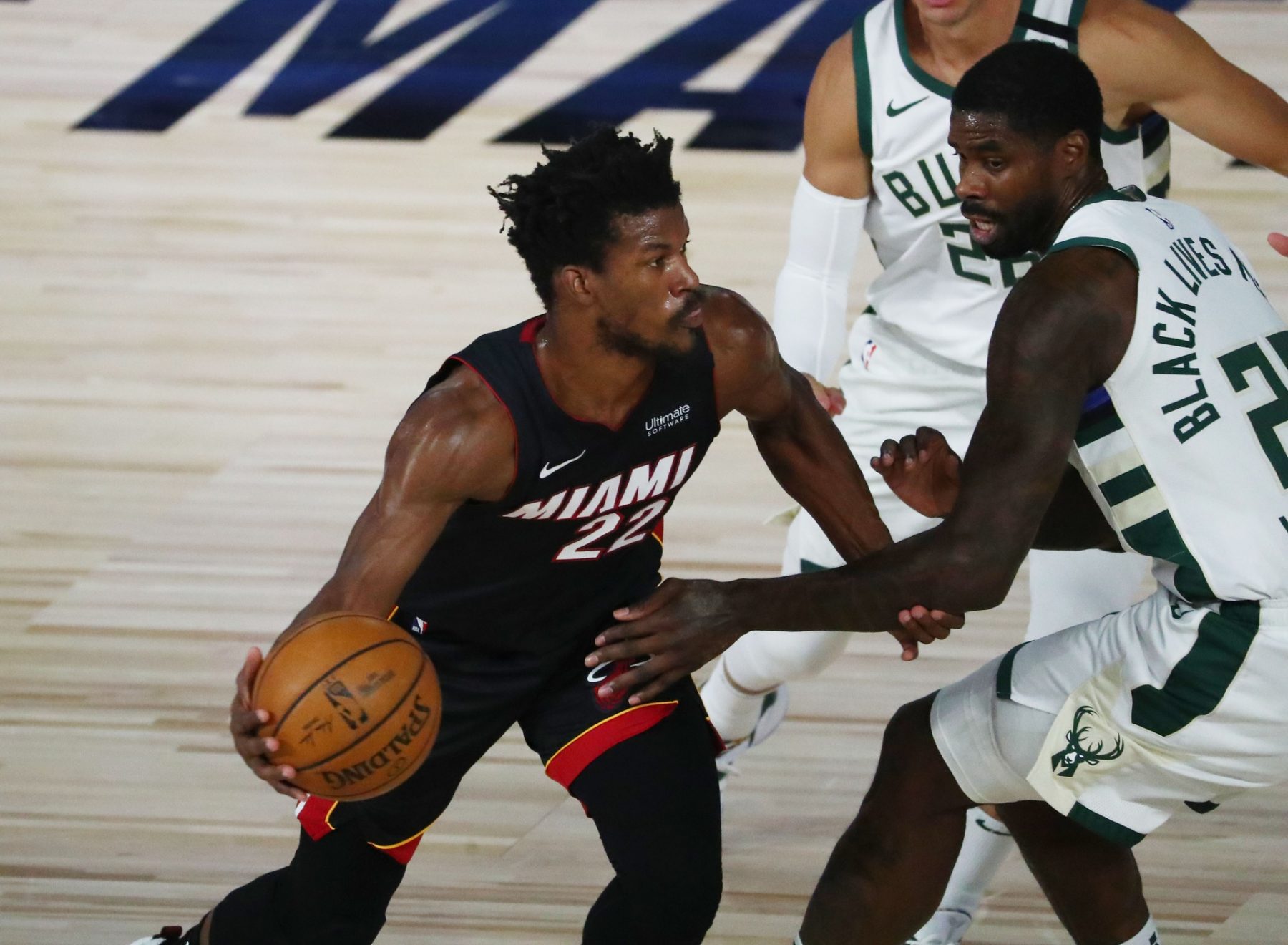 Miami Heat star Jimmy Butler was unconscious in Miami’s 115-104 win over the Milwaukee Bucks in Game 1 of their second-round series.

Butler scored a game-high 40 points on 13-of-20 shooting from the field. Afterward, Bucks star and 2019-20 Defensive Player of the Year Giannis Antetokounmpo was criticized by the media for not switching onto Butler in Game 1.

However, Butler explained why he wasn’t surprised that Antetokounmpo decided to play off him during crunch time.

“Uh, no. I’m not surprised,” Butler told The Athletics’s Sam Amick. “I look at it like this. He is one of the best help side defenders that there are in the league. And that’s what he’s been doing all year long. And I think you can’t get stuck on what we do. I think you’ve really just got to focus on what you do – you’ve been doing it all year. Nah, I’m not surprised. If he switches out…and he’s guarding me, you know we’re going to do what we have to do to still win. But I’m gonna tell you: You’re not going to be able to leave me, so then that’s taking away their weakside defense. So either way it goes, we’re gonna be in a good spot. We’ve got way more guys who can do what I just did last night better than I can do, so we’ll see.”

While former NBA player Richard Jefferson took a shot at Antetokounmpo for not asking to guard Butler, it seems that the Bucks’ defensive scheme isn’t solely built around Antetokounmpo guarding the other team’s best player.

The Heat certainly hope that Butler can turn in yet another dominant performance in Game 2.

Miami and the Bucks will square off tonight at 6:30 p.m. EST from the Orlando, Fla. bubble.