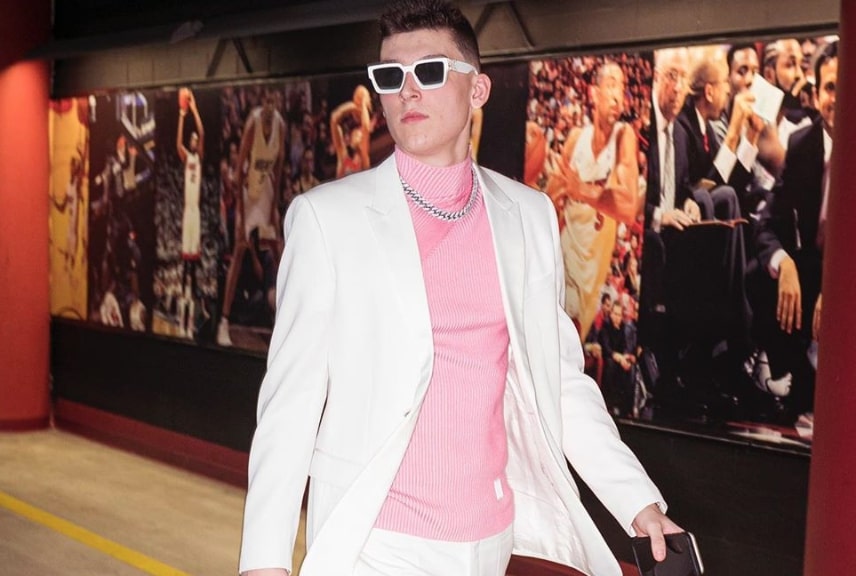 Miami Heat rookie Tyler Herro has oozed confidence ever since entering the NBA, and players have started to take notice.

In a recent episode of J.J. Redick’s podcast, the sharpshooting veteran expressed how impressed he’s been by Herro’s swagger.

He did so while chatting with former teammate and current Heat star Jimmy Butler.

“From the outside, I don’t know Tyler, I have never met him,” Redick said. “I have never even spoken to him, but his swag is crazy. It’s different. His fits are crazy, man.”

There’s no doubt that Herro has shown a flair for style since becoming a professional basketball player. In fact, even his draft-night outfit gained attention from fans on social media.

More importantly, the University of Kentucky product has shown major swagger on the court.

He’s served as an important scorer for the Heat coming off the bench and has routinely risen to the challenge when facing off against some of the league’s biggest stars.

As for Butler, his opinion of his young teammate is clearly entirely positive.

“That’s why I like him; he doesn’t care,” Butler said in response to Redick. “He is him no matter if he is in Miami, Milwaukee. Anywhere in the world, Tyler is going to be Tyler. I knew that he was going to be good because, the way that he works, he works as though he has been in the league for so many years. With that being said, Coach Pat (Pat Riley) and Coach Spo (Erik Spoelstra) were nailing that in his head. We don’t care if you’re the 13th pick, we don’t care that you were one and done. You’re going to work and earn everything here and he has done that.”