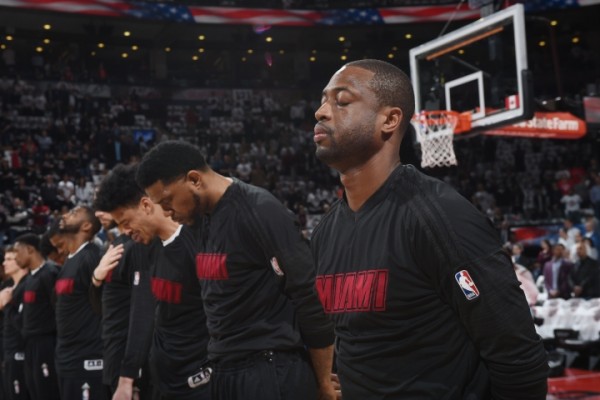 Amidst all the inconsistency during this ugly Miami Heat-Toronto Raptors series, one thing has been on point: the backcourt that scores the most points wins the game.

Dwyane Wade and Goran Dragic haven’t been deemed as a powerful backcourt, not close to the All-Star duo of DeMar DeRozan and Kyle Lowry, but the Heat pair is outscoring the Raptors,’ 215-197, over the course of the series.

With a potential elimination game on their court Friday, the Heat are going to need everything they can get from Wade and Dragic, especially as Luol Deng has been banged up and Hassan Whiteside remains out. It’ll be tough to gather two straight wins but the key to doing so remains in the hands of Heat legend Wade, and his point guard Dragic.
[xyz-ihs snippet=”Responsive-Ad”]