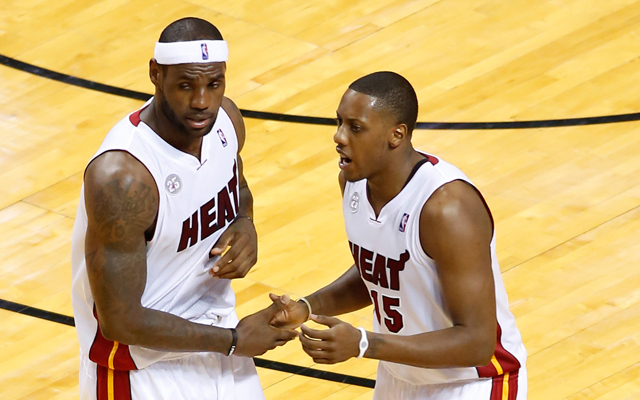 Many people in the sports world are clamoring over the decision of LeBron James and how the move from Miami to Cleveland was the right choice to make, in the end. Many people, except Mario Chalmers. Chalmers and LeBron have had a history of mouthing off at each other both on and off the court and it seems like the verbal feuding between the two has not come to an end, even with LeBron over 1,000 miles away.

Chalmers on LeBron: “I never thought anybody would want to leave Miami for Cleveland but you grow up and you move on.”

A subtle shot at his supposedly “big brother?” Chalmers insists that no love is lost between the two, however, who knows if Chalmers is merely trying to keep a politically correct face in the media.

Whatever the case may be, when LeBron first joined his band of brothers in Miami he felt the entire roster to be family, including Mario Chalmers. Lee Jenkins of Sports Illustrated reported this statement by LeBron immediately following the decision part two,

“I went to Miami because of D-Wade and CB. We made sacrifices to keep UD. I loved becoming a big bro to Rio. I believed we could do something magical if we came together. And that’s exactly what we did! The hardest thing to leave is what I built with those guys.”


Chalmers resigned with the Heat on a two-year contract and is expected to reclaim his starting duties on the Heat roster.