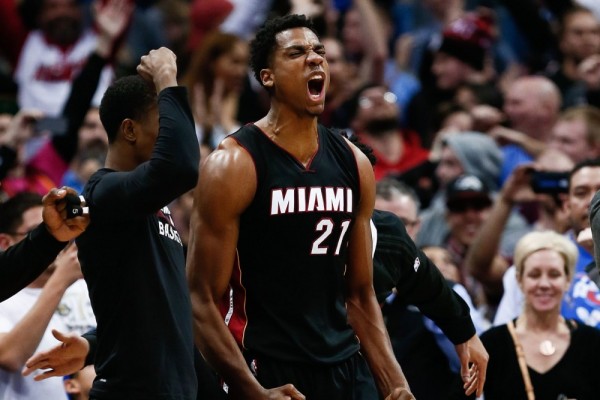 For Miami Heat center Hassan Whiteside, the comparisons people are making of his game on the court to Los Angeles Clippers star center DeAndre Jordan’s are becoming more prevalent.

However, according to Walter Villa of the Miami Herald, it allegedly does not seem like Whiteside sees the comparison to Jordan the same way other people do.

“No,” Whiteside said Thursday when asked about Jordan and whether their games are similar. “He catches lobs. I shoot jumpers, catch lobs, block shots. I do a lot. He just catches lobs.”

“It doesn’t really matter to me who I’m playing,” Whiteside added. “I don’t pay attention to any other center. I’m still trying to beat 12 blocks. I’m just trying to compete against Whiteside every day.”

When Jordan was asked on Friday morning about the comments Whiteside made about him, the Clippers center was quick to bring up his 2015-16 regular season accolades, which include All-NBA First Team and NBA All-Defensive First Team honors.

Whiteside and the Heat will play the third game of their six-game homestand on Friday night as they host Jordan and the Clippers at American Airlines Arena. The contest, which will tip off shortly after 8:00 p.m. ET, will be broadcast live locally on Fox Sports Sun.
[xyz-ihs snippet=”Responsive-ImagenText”]