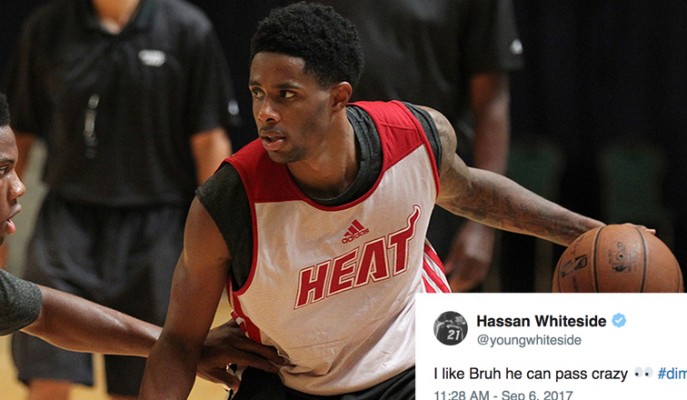 On Tuesday it was announced that the Miami Heat had signed veteran guard Larry Drew II and it seems one of his new teammates is already looking forward to what he brings to the table.

Heat center Hassan Whiteside took to Twitter to celebrate the news of the signing.

Drew II has played in the NBA, NBA G League, and several international basketball leagues. Earlier this summer, he suited up for the United States in the 2017 FIBA AmeriCup where he averaged 4.6 points, 5.0 assists. 2.0 rebonds. and 1.0 steals in five games.

While the young guard will have to battle it out to earn a spot on the final roster come opening day, it certainly won’t hurt to have one of the team’s biggest stars in his corner.
[xyz-ihs snippet=”Responsive-ImagenText”]