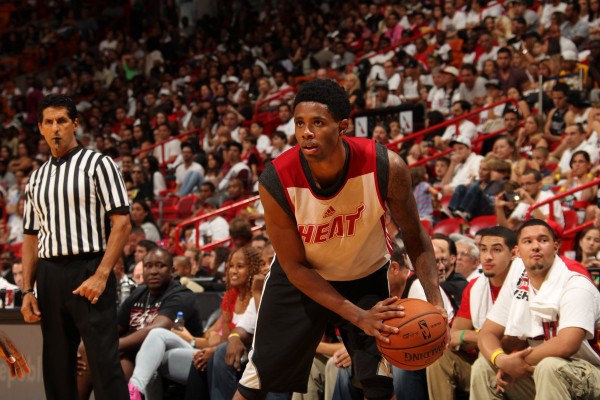 Drew II’s contract with the Heat is another accomplishment for the guard in a summer that saw him win a gold medal as a member of the United States team in the 2017 FIBA AmeriCup. In his five AmeriCup games, Drew II averaged 4.6 points, 5.0 assists, 2.0 rebounds and 1.0 steals.

Last year, Drew II played for the Sioux Falls Skyforce and averaged 8.1 points, 5.9 assists, and 2.7 rebounds in the 10 games he appeared in. He has also played professionally for the Lithuanian team BC Neptūnas and with the Pirates de Quebradillas of the Puerto Rico-BSN.

This is the third time Drew II has been invited to a Heat training camp as he battled for a roster spot in 2013 and 2014. His only NBA regular-season experience came during the 2014-15 season when he played in 12 games for the Philadelphia 76ers in which he averaged 3.8 points, 3.7 assists, and 1.2 rebounds per game.

With an already loaded roster, it’s hard to say how likely it is that Drew II will secure a spot with the Heat past training camp, but it’s an opportunity for him to continue his basketball career and pursue his NBA dreams.
[xyz-ihs snippet=”Responsive-ImagenText”]