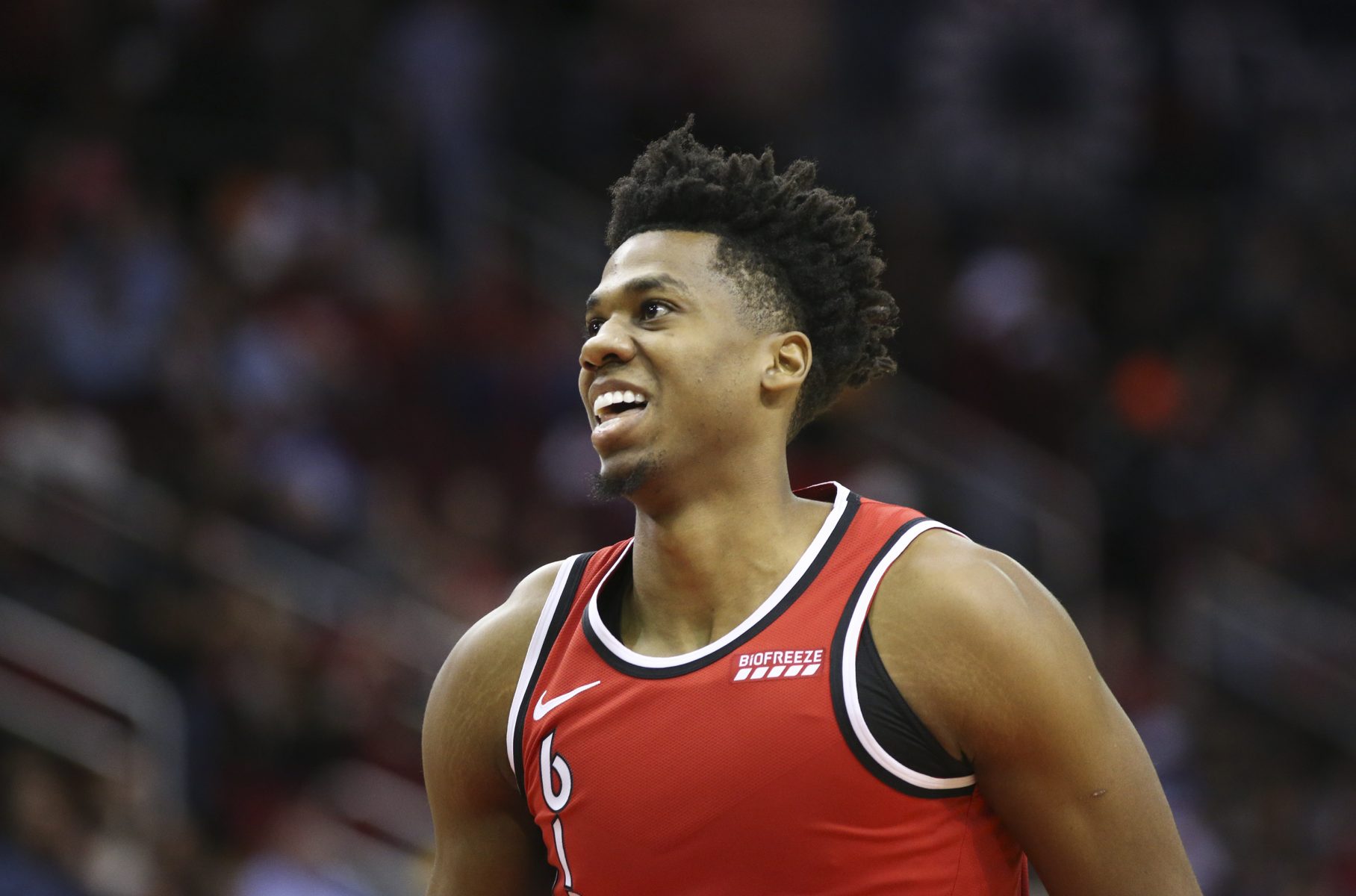 Hassan Whiteside will be returning to AmericanAirlines Arena on Sunday.

It will mark his first time in the building since he was traded to the Portland Trail Blazers last offseason.

As he gets ready to set foot on the Miami Heat’s home floor once again, Whiteside has an uneasy feeling about his upcoming visit to South Beach.

“It’s going to feel weird,” Whiteside told NBC Sports Northwest. “I know it is, playing against guys that were my teammates, playing in front of the Heat fans, and having a different jersey. You know, I’ve got a lot of memories there. It’s going to be interesting.”

For five seasons, Whiteside called Miami his home. During that time, he averaged 14.1 points, 11.9 rebounds and 2.4 blocks per game. He led the league in blocked shots during the 2015-16 season and in total rebounds the following year.

But towards the latter part of his time in a Heat uniform, he lost his role as starting center to Bam Adebayo.

This season, Adebayo has blossomed as a starter and is now getting a sizable amount of All-Star votes.

Regardless of how the fans may treat Whiteside, the Heat organization will likely give him the recognition he deserves.

“That leaves uncertain the reception, with the Heat expected to acknowledge him similarly to last week’s recognition of Josh Richardson, during his return with the Philadelphia 76ers,” wrote the Sun-Sentinel’s Ira Winderman.

Whiteside is playing some of his best basketball in years, averaging 15.7 points, 13.8 rebounds and a league-leading 2.8 blocks per game for the Blazers.

However, Portland is currently outside the playoff picture with a 15-21 record, good for the No. 9 seed in the Western Conference.

On the other hand, the Heat have lost only once at home this season, and they hold the No. 3 seed in the Eastern Conference at 25-10.