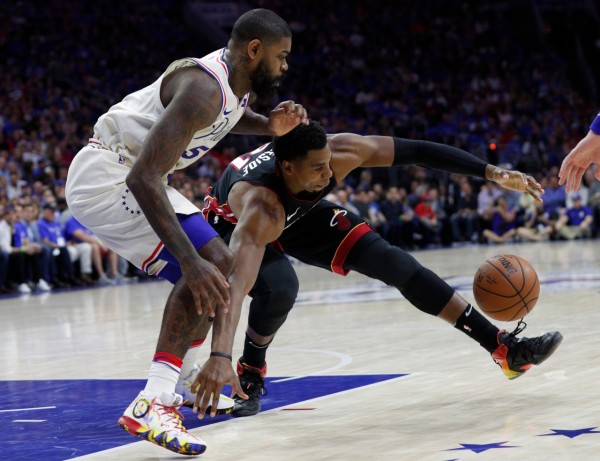 Even with the absence of Philadelphia 76ers center Joel Embiid, Miami Heat center Hassan Whiteside only played a total of 12 minutes in the team’s 130-103 Game 1 loss to the 76ers on Saturday.

There was a possibility that the Heat were going to use Whiteside early and often during the game as he had the smaller Amir Johnson guarding him, but that was not the case.

After the game, Heat head coach Erik Spoelstra spoke about the benching of the Marshall University product.

“It’s not about him. The whole second half, this series and this game, it’s going to go quickly. There’s a lot of subs both ways,” said Spoelstra. “There’s not a lot of time based on the flow or the matchups. It’s not necessarily an indictment to his first four minutes [of the second half]. But we all have to be collectively better on Monday.”

Whiteside finished with two points, six rebounds and two blocks. He was subbed out for Kelly Olynyk four minutes into the third quarter and never came back into the game.

The 28-year-old also offered his thoughts about why he didn’t play as much as he usually does.

Whiteside’s minutes have been a topic of discussion for a lot of the season and he was fined an undisclosed amount after going on a expletive-laced rant on March 31, after playing 20 minutes in an overtime loss to the Brooklyn Nets.