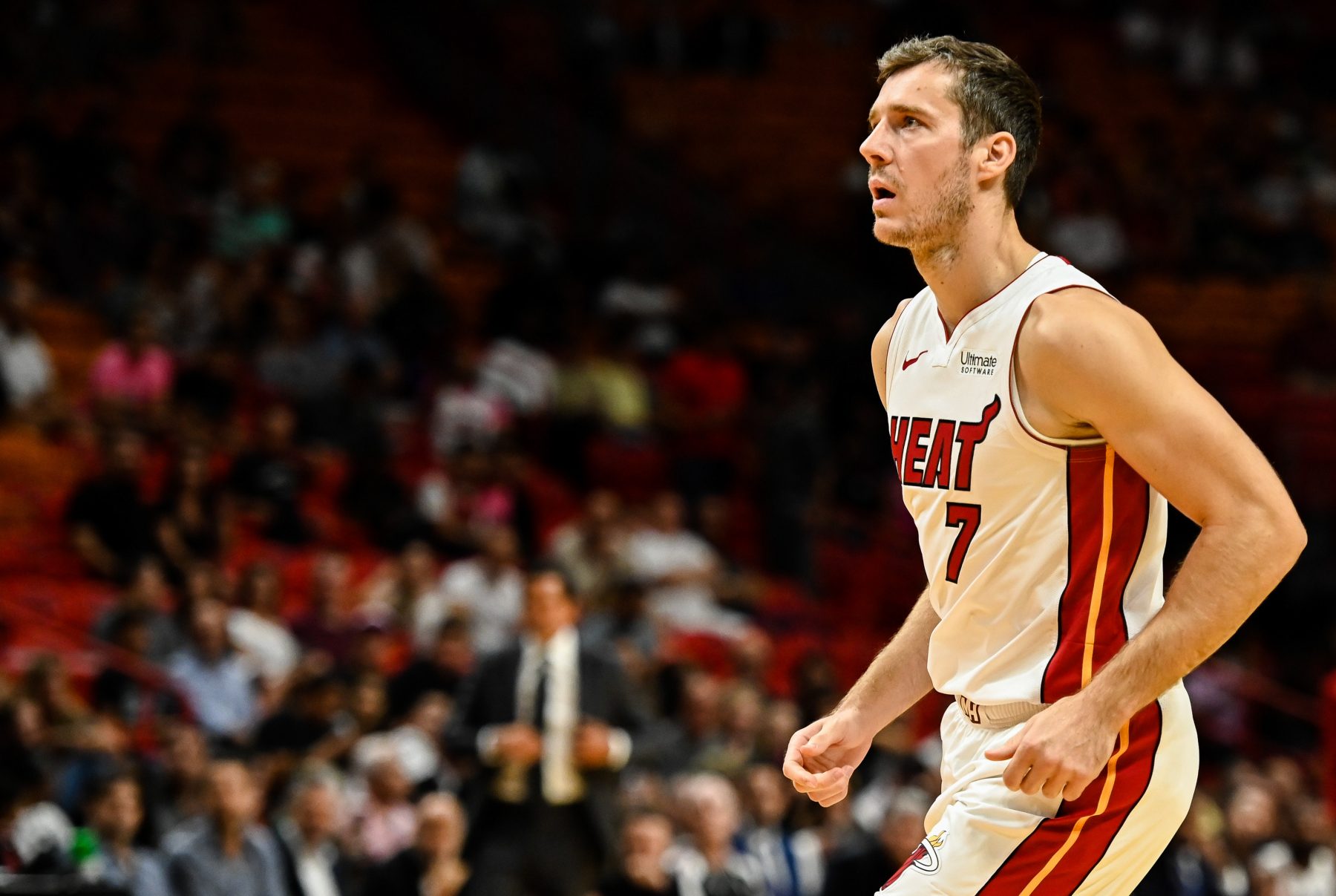 A recent report indicated that the Miami Heat may try to retain veteran point guard Goran Dragic past the 2019-20 season by signing him to a large one-year deal.

The reason behind a potential deal being that brief is because the Heat plan on being major players in the star-studded 2021 free agent market.

Now, Dragic has come forward to comment on the potential of signing such a deal with his current team.

“In the days before the NBA suspended its season, Dragic said it’s premature to consider whether a bloated one-year offer would appeal to him, though he likes playing and living here,” Barry Jackson of the Miami Herald wrote.

As for Dragic’s own words, he’s still remaining fairly neutral on the subject.

“We’ll see,” Dragic said about signing the one-year deal. “A lot of different factors, my family, myself. I would say it’s too soon to talk about it. I’m not thinking about my next contract. I’ve always been a guy in the present.”

Dragic has been highly valuable for the Heat this season. While he has only started one game so far this year, he has still managed to remain highly productive.

As the clear leader of Miami’s second unit, Dragic is averaging 16.1 points, 5.1 assists and 3.1 rebounds per game.

Though the Heat will likely have to part ways with Dragic following the 2020-21 season in order to keep their books as clean as possible, it makes a lot of sense why they’d want him around next year.

After all, thanks to the addition of Jimmy Butler, the ascension of Bam Adebayo and major production coming from a number of young players, the Heat are one of the surprise top tier squads in the league this year.

They should be considered serious contenders for a high playoff spot next season.

As for the current season, things are currently on hold due to the breakout of the novel coronavirus. Hopefully, the NBA is able to starts things back up soon.