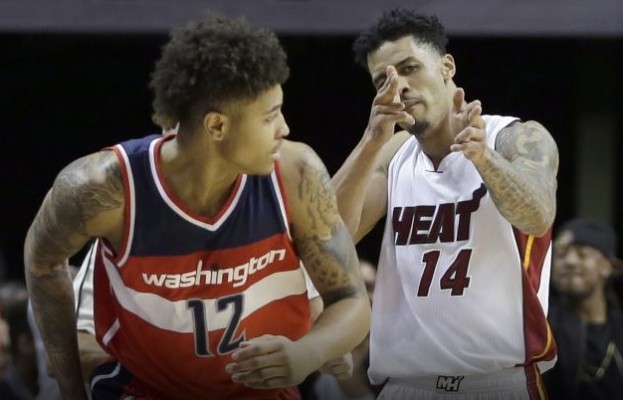 Some ill-advised gestures by the Miami Heat’s Gerald Green during Wednesday night’s preseason victory over the Washington Wizards resulted in the new arrival being assessed a $25,000 fine by the NBA on Friday.

The penalty was in response to reactions by Green during his torrid fourth quarter that helped the Heat charge back to a 110-105 victory. After he connected on a pair of three-pointers, each of the baskets saw Green attempting to imitate shooting off a gun and then punctuating it with a throat-slashing gesture.

CJ Fogler of The Cauldron offered a tweet that captured Green’s actions during the contest:

Miami head coach Erik Spoelstra made a brief comment about the fine, according to a tweet from Ira Winderman of The Sun Sentinel:

Spoelstra on Green fine for gun and throat-slash gestures, "The league has a very clear stance on it."

During that quarter, Green scored 11 of his game-high 28 points. The 29-year-old was signed as a free agent by the Heat last July.

The fact that the fine came in a game against the Wizards added an ironic twist to the entire scenario. That’s because prior to May 1997, the Wizards had been known as the Bullets. Then-owner Abe Pollin indicated at the time that the name change was in response to the increased level of gun violence in the Washington D.C. area.
[xyz-ihs snippet=”Responsive-Ad”]