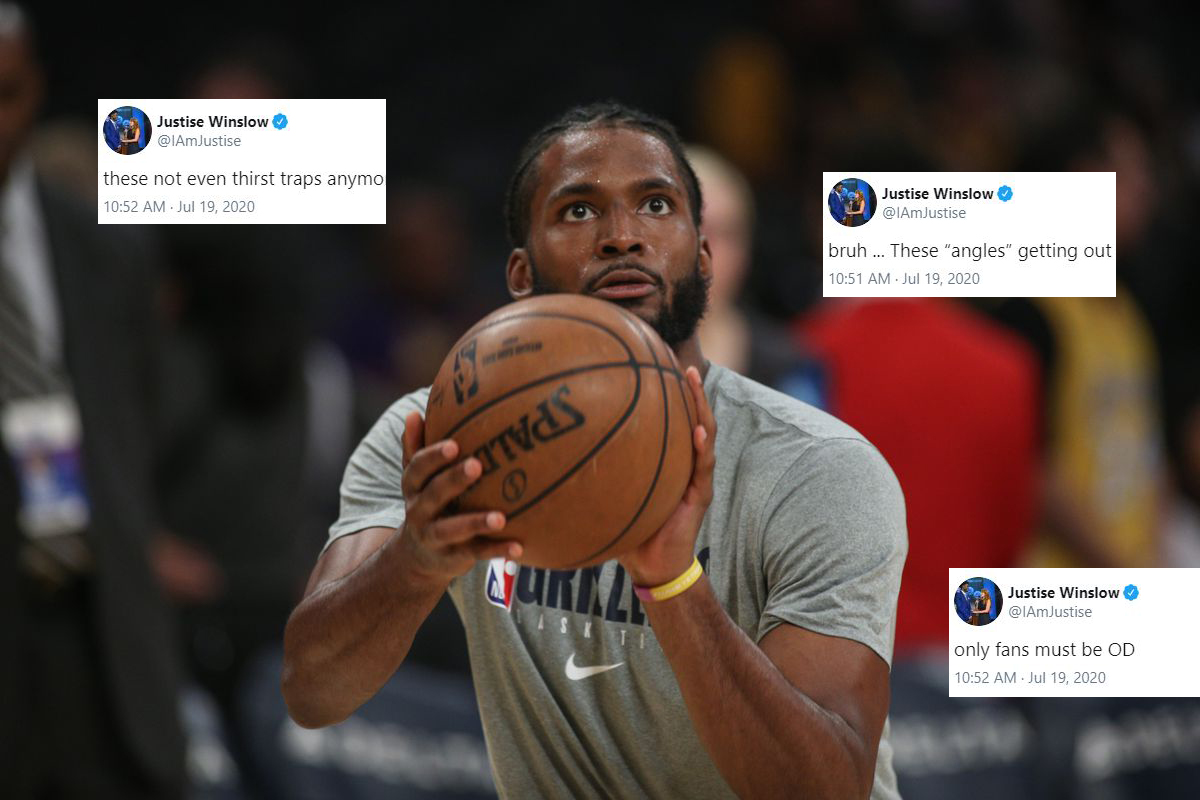 bruh … These “angles” getting out of control

these not even thirst traps anymore …

only fans must be OD

It seems that Winslow may have too much time on his hands in the NBA’s bubble in Orlando, Fla.

Winslow, who was traded to the Memphis Grizzlies in the Andre Iguodala trade, spent his first five NBA seasons in Miami.

The Duke University product could still find himself in the playoffs in 2020, as the Grizzlies are the No. 8 seed in the Western Conference.

Winslow has appeared in just 11 games this season after suffering a back injury in December.

The 24-year-old is with Memphis for the league’s restart later this month, but had originally ripped the NBA’s plan, claiming that the league only cares about money.