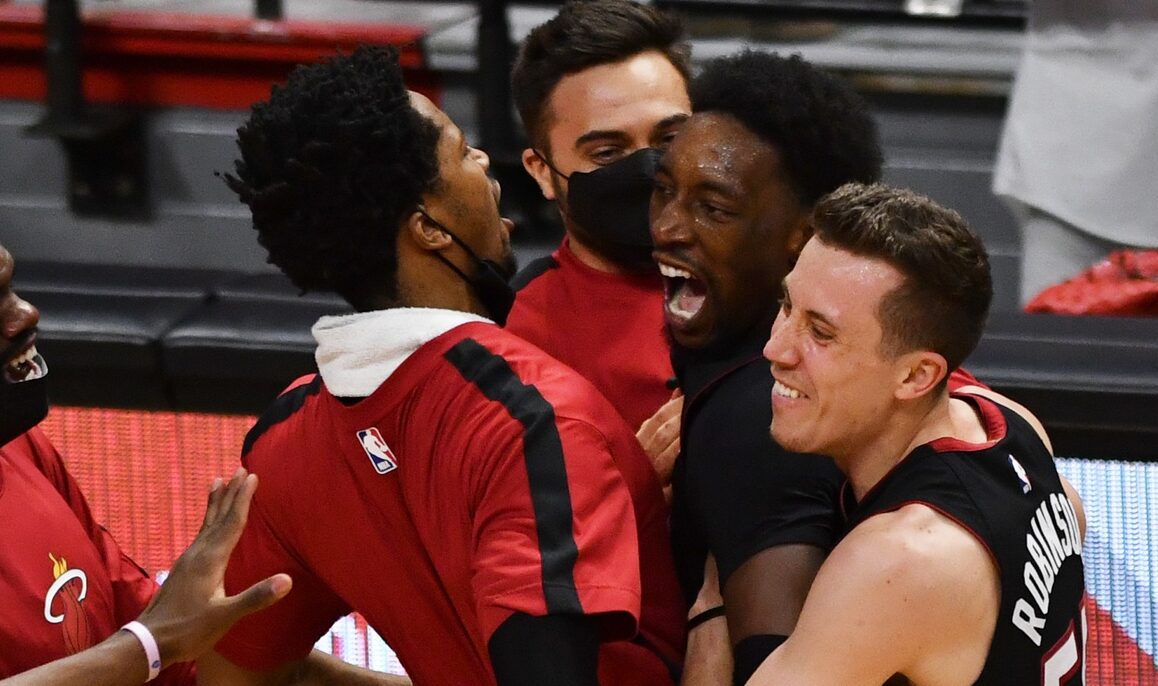 Miami Heat big man Bam Adebayo was held out of Miami’s win over the Houston Rockets on Monday, but he returned to the lineup on Wednesday against the San Antonio Spurs.

Adebayo finished Wednesday’s game with 23 points, eight rebounds and five assists to help lead the Heat to a 107-87 victory.

After the win, Heat head coach Erik Spoelstra said that Adebayo was “really angry” Miami didn’t let him play against Houston, which may have led to his big game.

“I think he was really angry at all of us for not being able to play the Houston game,” Spoelstra said when asked about Adebayo’s stat line. “So I think he was just really wanting to get out there and compete. Also, our leaders understood, the veterans and everybody understood how important this road trip is.”

With the win, the Heat improved to 31-28 on the season and are the No. 7 seed in the Eastern Conference.

Adebayo has built on his breakout campaign last season to average 19.1 points, 9.3 rebounds and 5.2 assists per game this season.

If Miami wants to get back to the NBA Finals, Adebayo will have to continue to put up All-Star caliber numbers the rest of the season.

Bam Adebayoerik spoelstraFeaturedmiami heatNews Ticker
← Previous Story Duncan Robinson’s humble reaction after passing Dwyane Wade in Miami Heat record books
Next Story → Jimmy Butler predicts why Miami Heat will succeed in playoffs: ‘We get there, us as a team, I’ll handle the rest’