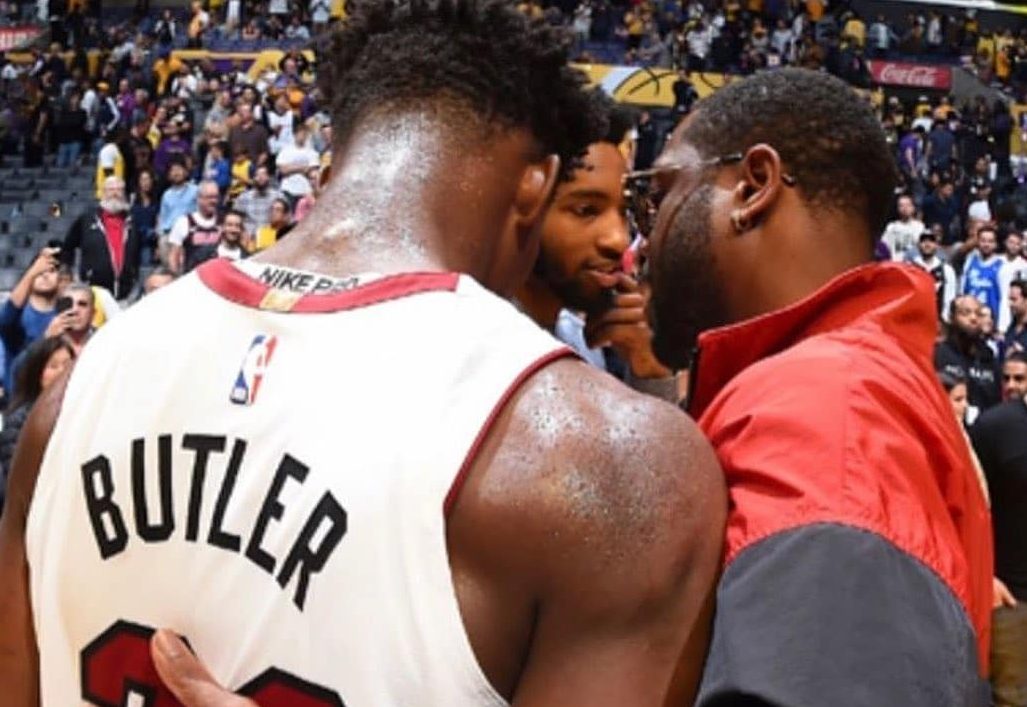 The Miami Heat’s game of Friday night versus the Los Angeles Lakers offered the team an opportunity to meet with Heat legend Dwyane Wade.

While the Heat could not unfortunately come away from that game with a win, they did come away with some incredibly valuable lessons.

“Having him just talk to the team, it resonates so much,” Heat head coach Erik Spoelstra said. “But for the new guys, I mean you can’t weigh that in gold. That’s priceless. When he talks about Miami Heat culture and what it means to wear a Miami Heat uniform and a legacy of all the players that put in the blood, sweat and tears to build up this culture. When you have the face of the franchise saying that to the young guys, that’s a powerful message.”

Wade retired from the NBA at the end of last season after receiving adoration from fan bases across the NBA. For many, Wade is still the first name that comes to mind when the Heat franchise is mentioned. That shouldn’t come as too much of a surprise. Wade helped lead Miami to three NBA titles during his career. He is also the franchise leader in points, steals, assists and more.

Now, with a new era of Heat basketball beginning, it is clear that Wade wants to remain an important member of the family going forward.

With Friday’s loss in their rearview, the Heat are currently enjoying a brief break before lacing up once again on Tuesday night. They’ll look to improve upon their 6-3 record against the 4-6 Detroit Pistons.

While Wade won’t be at that contest, there’s no doubt that his message will still be ringing in the ears of many Heat players when they take the court.