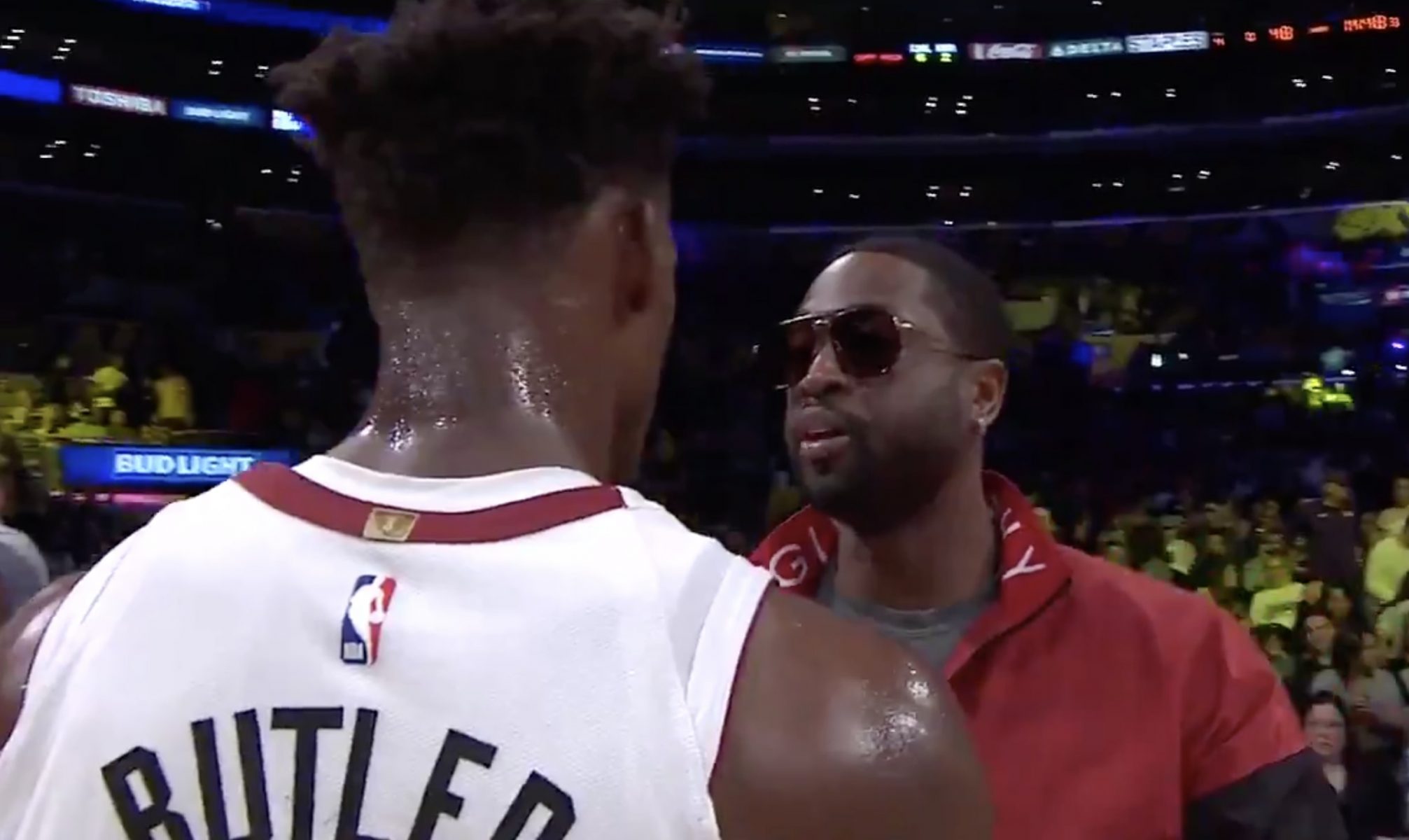 Dwyane Wade was in attendance at Staples Center on Friday to watch the Miami Heat take on the Los Angeles Lakers. It turns out, he did a little more than just watch his former team play.

Talking to Heat reporter Jason Jackson of FOX Sports at halftime, Wade revealed that he spoke with the Heat players prior to the game. What he said should come as no surprise to fans who had followed him throughout his storied NBA career.

.@MiamiHEAT legend @DwyaneWade talks passing the torch, life in Cali, and his next life chapter with @TheJaxShow.#HEATTwitter #NBA pic.twitter.com/cNkGGdmJZV

“We preach culture and a lot of people hear that word,” Wade told Jackson. “They hear that word but they don’t really know what it means. So I wanted to go in today and talk a little bit about that word “culture” and express to them that before I stepped away, me and U.D. (Udonis Haslem) had conversations about that. There was a little nervousness on our side of who’s gonna carry the torch of the culture.

“I wanted to tell the guys how proud I am of them for carrying that torch. I know it’s only eight games in but, as a fan of the game, as one of the old heads that played in that same jersey, they’re doing a hell of a job of carrying that culture forward, moving it forward and representing Miami Heat the way us former legends of Miami love to do.”

With a 6-3 record, one of the best in the Eastern Conference, the Heat are off to a strong start to the 2019-20 season. Former players of the franchise have good reason to be proud, as the team appears to have wholeheartedly embraced the Heat culture.

The recently retired Wade should also be encouraged by the fact that the Heat found a player this summer who embodies their culture in Jimmy Butler. The four-time All-Star is one of the hardest-working players in the league and his work ethic has rubbed off on his teammates on and off the court.