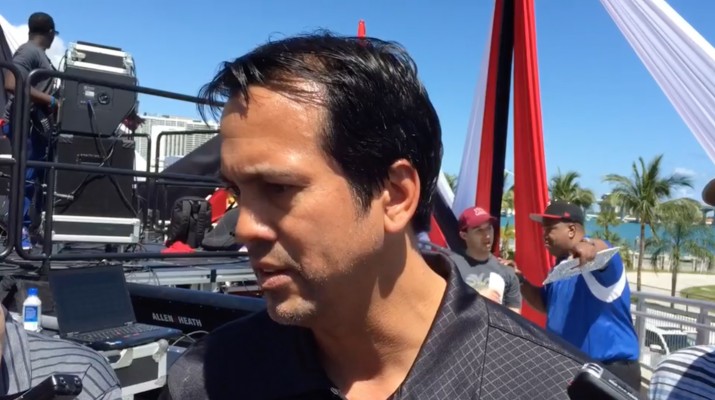 The status of Miami Heat shooting guard Dion Waiters’ left ankle has been a subject of great interest for the team and its fans since he injured his ankle in the team’s victory over the Minnesota Timberwolves on Friday night. In an effort to clarify the situation, Heat head coach Erik Spoelstra spoke to media on Saturday and indicated that Waiters should be considered day-to-day regarding his availability.

“We got on it right away, but we’ll all just have to see how it progresses from there,” Spoelstra said.

Spoelstra indicated that there’s no specific diagnosis regarding the level of seriousness, nor did he attempt to give a timetable of Waiters’ return to the court.

“No we’re not even grading it as any kind,” Spoelstra said, who also indicated that no MRI would take place. “Plus, Dion doesn’t want to hear any of that. He just wants it to feel better and get back out there.”

The Heat are currently tied for the seventh best record in the Eastern Conference with the Milwaukee Bucks at 34-35. They have 13 games remaining to solidify a playoff berth and are currently just 1.5 games behind the sixth-seeded Indiana Pacers.
[xyz-ihs snippet=”Responsive-ImagenText”]