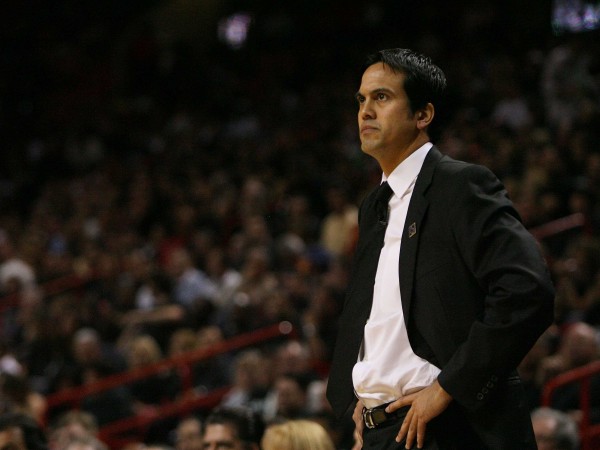 The Miami Heat fell victim to another third-quarter collapse on Sunday, when the Heat were outscored by the Indiana Pacers, 32-13, in the third quarter on their way to a blowout loss, 120-95.

This wasn’t the first time the Heat had squandered a solid, sometimes dominant, first half to end up losing the game. In fact, while the Heat rank amongst the best in the NBA when it comes to net rating to start out games, they are second-worst in the league to start out the second half, with a dismal net rating of minus-17.6.

Members of the Heat have taken notice to the massive third-quarter drop-off. Josh Richardson reacted to the new nickname for the third frame, adding that he has no idea why he and his teammates struggle so mightily following the halftime break.

Josh Richardson tells me #Heat players very much aware of the “Turd Quarter” blues. “We’ve seen it on social media. I have no idea why it happens.”

Even head coach Erik Spoelstra has commented on the unfortunate theme, offering an unorthodox idea to deal with the issue.

Spoelstra on the Heat's miserable third quarters this season, "Maybe the next game, on Wednesday, we won't even go into the locker room."

Spoelstra may be making light of the issue, but it is likely to be one of the major topics of conversation during Heat practices as they prepare to face off against the Boston Celtics, who are enjoying an astounding 16-game winning streak. If the Heat hope to end that streak, they will have to find a way to put an end to their current third-quarter woes.
[xyz-ihs snippet=”HN-300×250-TextnImage”]