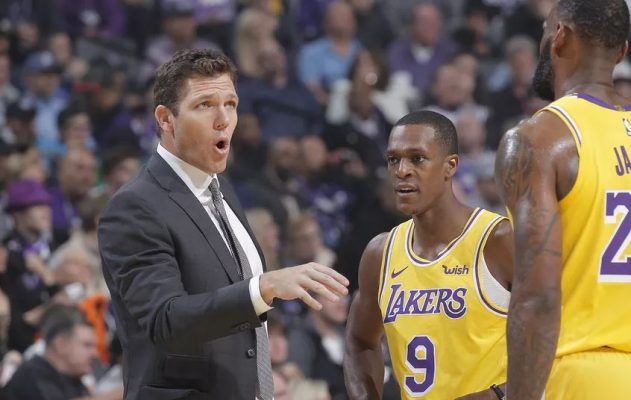 There are few people in the world who know what it takes to successfully coach LeBron James, and Miami Heat head coach Erik Spoelstra is one of them. Thanks to his experience, he seems confident that James’ current coach, Los Angeles Lakers head coach Luke Walton, is perfect for the job.

Spoelstra broke down why Walton is the right man for the job prior to Sunday’s matchup against James and the Lakers.

Erik Spoelstra says Luke Walton is “the perfect guy” to coach the Lakers with LeBron. “His whole professional career all he’s been with are teams like this.”

Spoelstra has a pretty good point when talking about Walton’s history in the NBA. Not only was he a role player on several super teams while playing for the Lakers, but he also served as both an assistant coach and interim head coach for the Golden State Warriors from the 2014-15 season to the 2015-16 season. While serving as the interim head coach in Golden State, Walton helped lead the Warriors to a record 24-0 start.

While James’ current Lakers team doesn’t hold a candle to some of the teams he played on, or the 2015-16 Warriors, it is clear that expectations in Los Angeles are quite high now that he is wearing the purple and gold.

James poses unique opportunities and challenges for coaches, but Spoelstra was able to utilize the four-time MVP’s immense talents to two championships in four Finals appearances during James’ time in South Florida. Walton would certainly be happy with a similar level of success with James in L.A.

After an 0-3 start, Walton has helped right the ship in Los Angeles, as his team now sits at 8-7 on the season.

The Heat will look to deal James, Walton, and the rest of the Lakers a loss this evening.
[xyz-ihs snippet=”HN-300×250-TextnImage”]