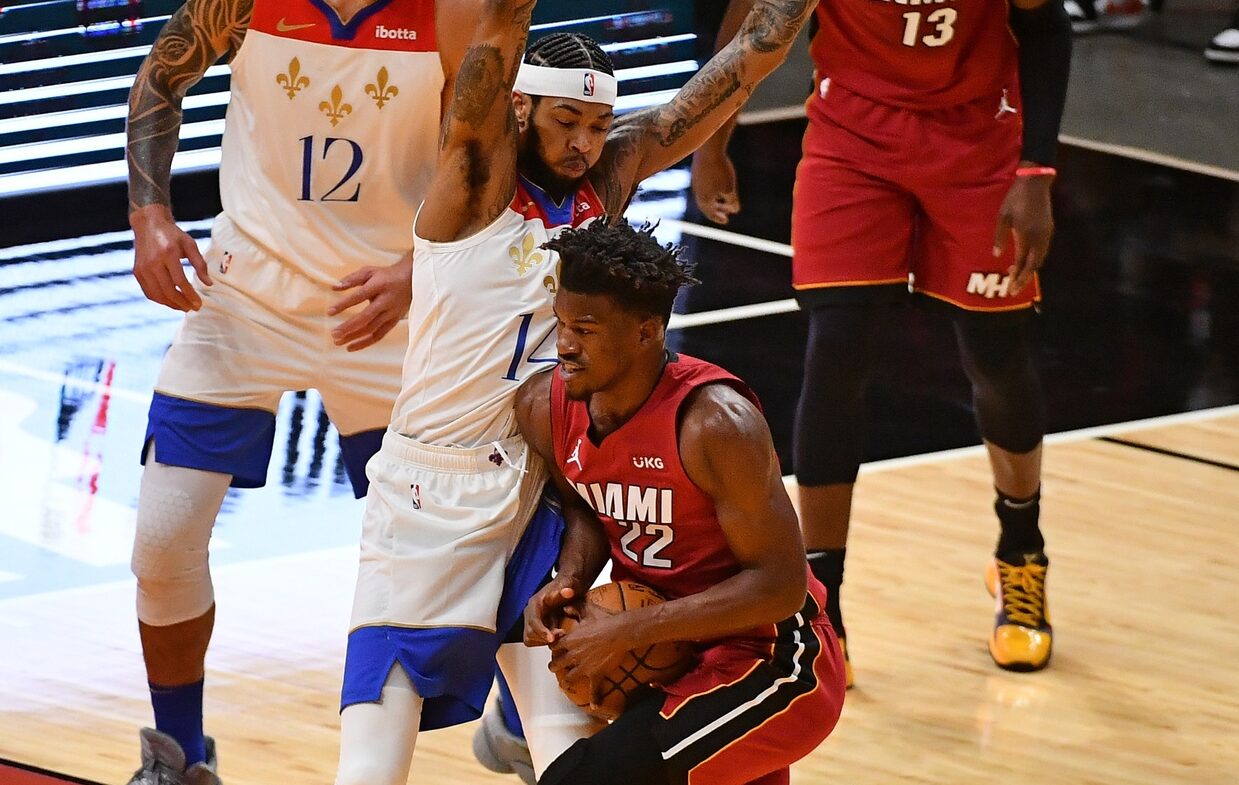 After the Miami Heat’s Christmas Day win over the New Orleans Pelicans, Heat head coach Erik Spoelstra explained the reasoning for keeping Jimmy Butler on the bench during the game’s second half.

Erik Spoelsra on Jimmy Butler's ankle, "It was a group decision," he said of Butler sitting out the second half. "It just stiffened up."

He also hinted at how the Heat will approach the injury.

Spo on Jimmy's ankle: "The smartest decision right now is to not force it."

Butler had been questionable for the Pelicans game because of the ankle injury that occurred during the Heat’s opening-game loss to the Orlando Magic on Wednesday night.

Spoelstra and the Heat medical staff will most likely take a careful approach to bringing Butler back, knowing that bringing him back too soon could risk further injuring the ankle.

Just two games into the 2020-21 season, there’s no reason to rush Butler back into the lineup. That may rub against Butler’s insatiable desire to compete, but looking at things from a long-term perspective appears to be the right approach.

The Heat will be off until next Tuesday, when they host the Milwaukee Bucks in back-to-back home contests. The hope is that keeping Butler off the ankle during that time will speed up his rehabilitation.