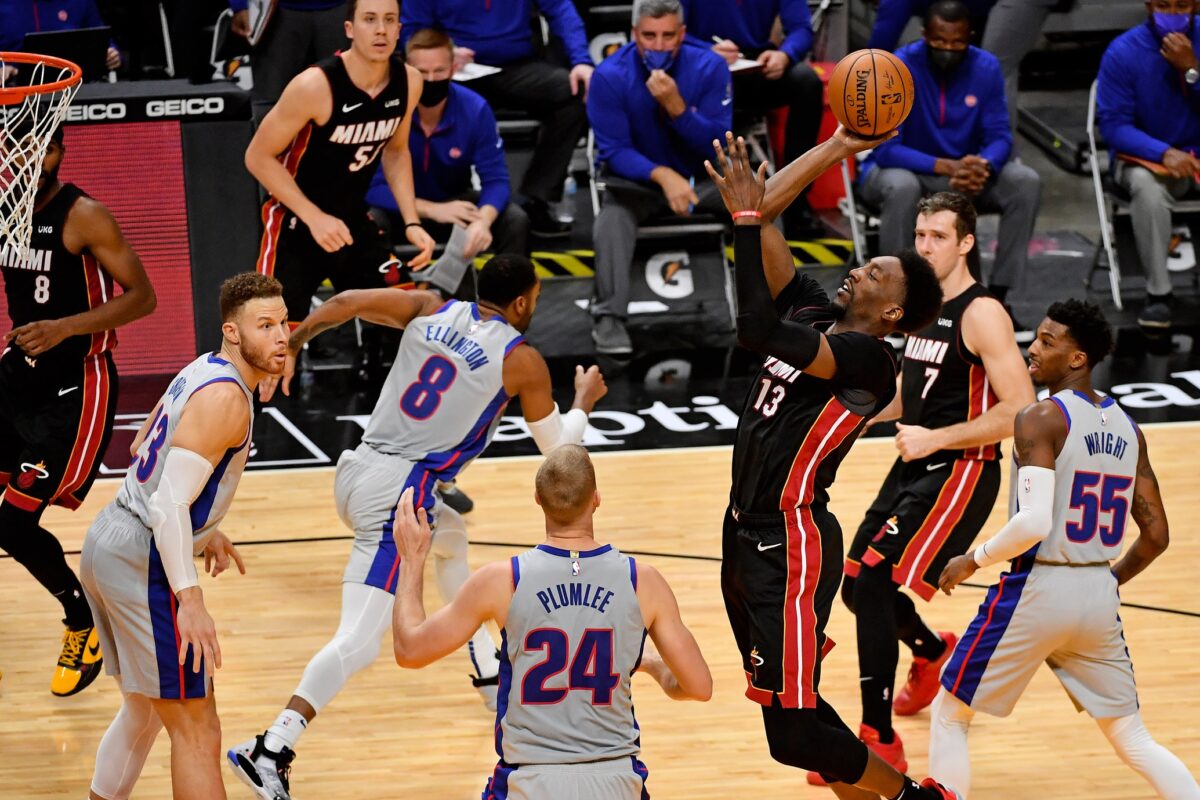 The 23-year-old Adebayo finished the game with 28 points, 11 rebounds, five assists and two steals, but it was his 10-of-11 effort at the foul line that impressed Spoelstra the most.

“He’s worked diligently to add things to his game and his ability to make free throws is so big, so important,’’ Spoelstra said. “I think it’s misguided to talk about mid-range [shooting]. The mid-range is his free-throw attempts and his ability to shoot that at an extremely high percentage.”

In Spoelstra’s opinion, Adebayo simply getting to the line that many times in a game is a subtle aspect of his continued development.

“That’s improvement for him and for us,’’ Spoelstra said. “That’s what great players do. They generate free throws.”

Another facet of Adebayo’s growth as a player is his willingness to call out teammates who he feels aren’t giving total effort on the court. Spoelstra praised Adebayo’s approach in serving as a role model for his team.

“The first thing is how important it was to him,’’ Spoelstra said. “He was frustrated after [Saturday’s loss to Detroit]. That is 1,000 percent what you want your best player to embody. That type of competitive spirit. When it matters that deeply to him, then that becomes important to everybody else.”

In his career, Adebayo has shown that he’s willing to put in the hard work to become a dominant player. That means making a concerted effort to elevate his 72.1 career free-throw percentage.

“I do a conditioning workout and then I’ve got to make 10 [free throws] in a row,’’ Adebayo said. “I put that pressure on myself. If I can’t make 10 in a row every cycle, I’m running again. That’s the type of stuff I put myself through so in games, close games, I have the confidence in myself.”

In Adebayo’s mind, his approach helps make him a better player.

“My improvement is my work ethic,” Adebayo said.

The Heat’s win over Detroit snapped a three-game losing streak, with the team now scheduled to play back-to-back contests on the road against both the Toronto Raptors and Brooklyn Nets.