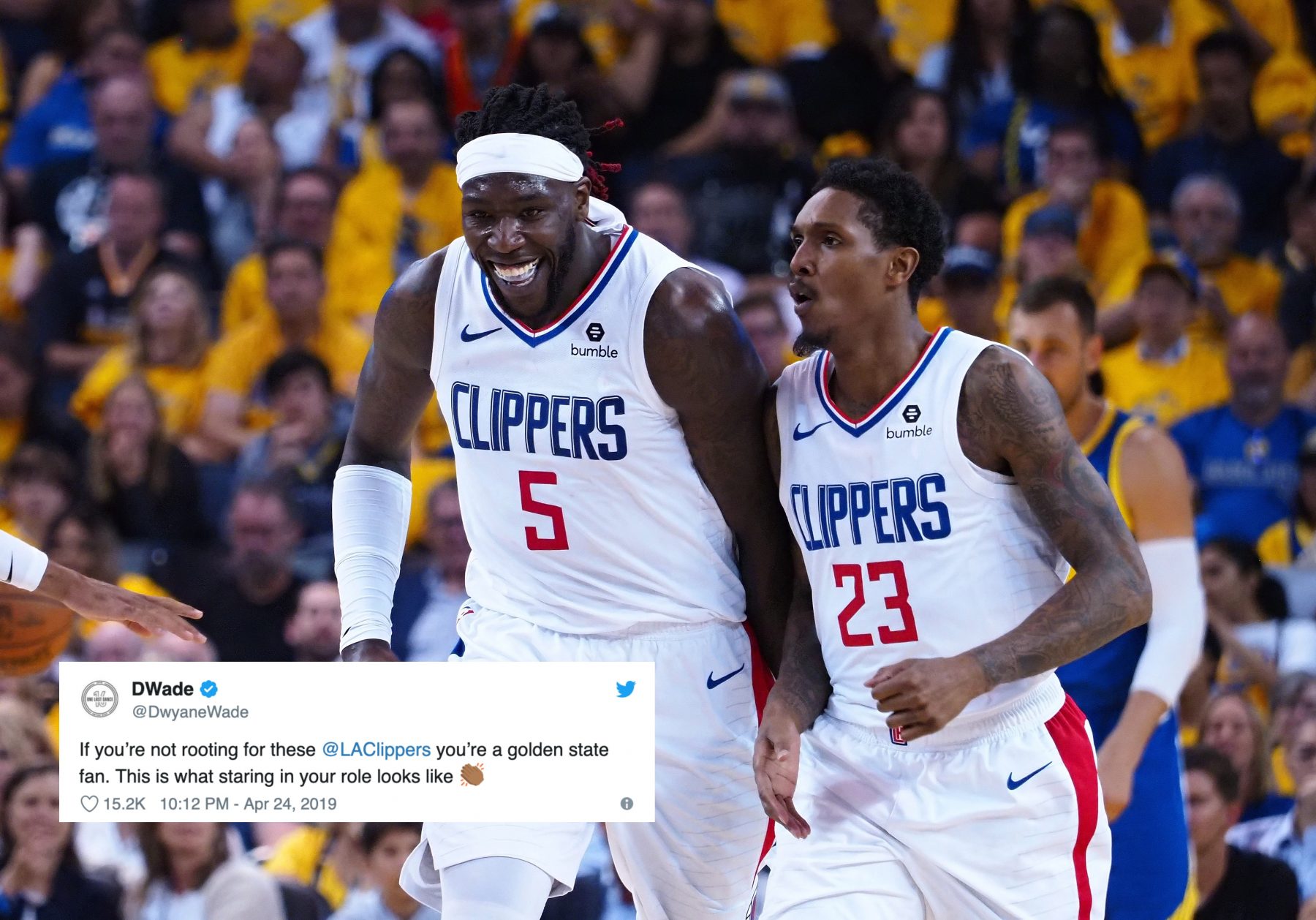 The Los Angeles Clippers shocked the NBA world once again on Wednesday night and defeated the Golden State Warriors to force a Game 6 in the first-round series.

Following the gritty 129-121 victory, Miami Heat legend Dwyane Wade took to Twitter to express his respect for the Clippers after their second win of the series.

Montrezl is a beast. I love watching him play!

If you’re not rooting for these @LAClippers you’re a golden state fan. This is what staring in your role looks like ??

He then shouted out fellow Chicago native Patrick Beverley who has become the heart and soul of the Clippers squad.

If I’m a GM or President I’m searching for a Chicago kid to add to my team. You can’t measure our heart. @patbev21 you are an animal. A player you love to hate and hate to love

From reacting to Damian Lillard’s amazing game-winner versus the Oklahoma Thunder to shouting out the entire Clippers squad, it’s clear that Wade is having a great time watching the NBA playoffs from the comfort of his own home.

While it’s a shame that fans didn’t get to see Wade compete in the postseason one final time before his storied career came to an end, it is nice watching him still get so much joy out of the game of basketball.
[xyz-ihs snippet=”HN-300×250-TextnImage”]