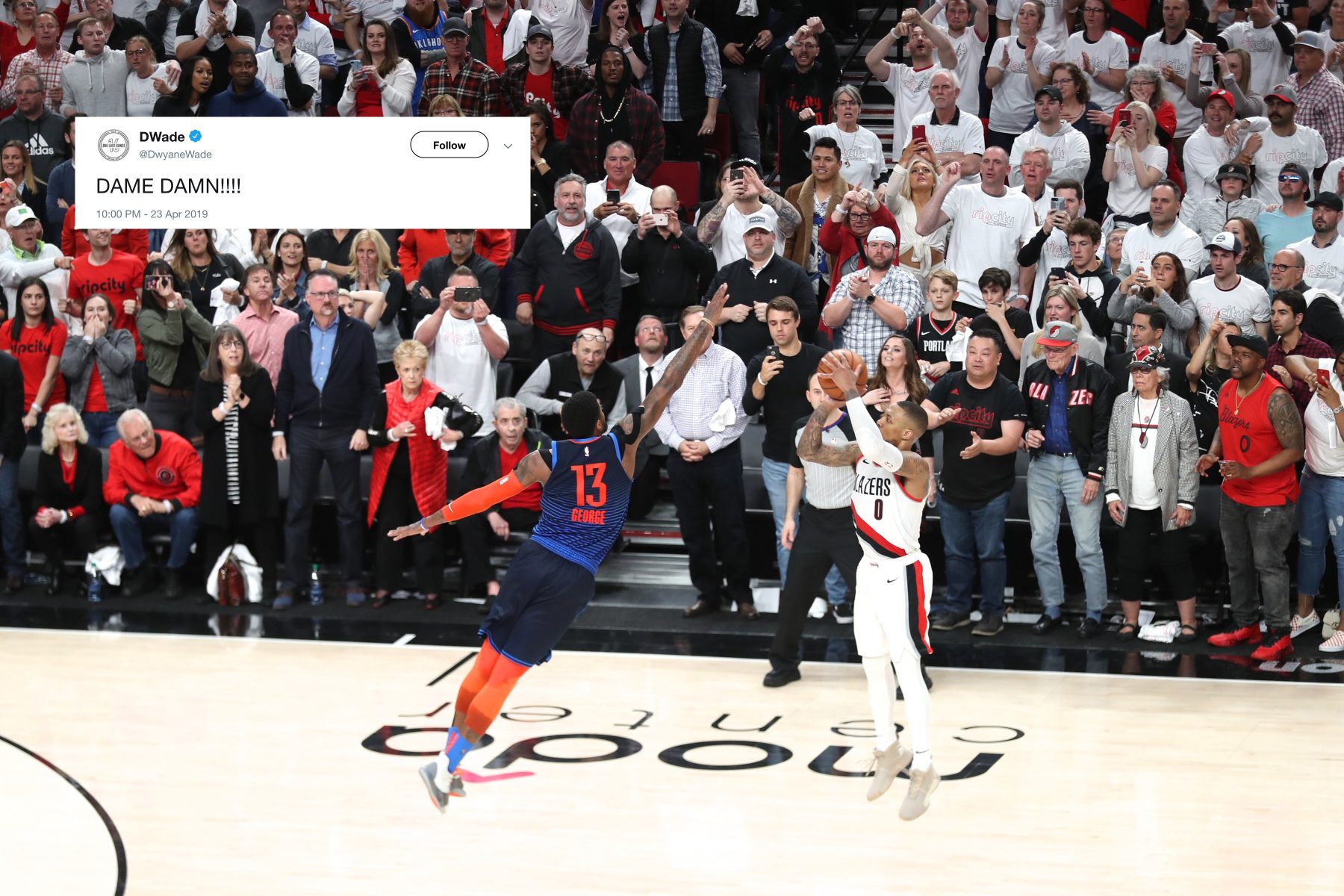 The NBA Playoffs are in full swing at the moment, and while the Miami Heat are sadly not involved, many of the team’s stars are tuned in just like the most devoted fans.

On Tuesday night, NBA fans everywhere got a real treat when Portland Trail Blazers star Damian Lillard hit a deep 3-pointer to win the game, 118-115, and sent the Oklahoma City Thunder packing after a 4-1 series.

It’s a shame not to have Miami compete in the playoffs for a second straight season. Still, considering the fact that many of the top teams have been playing at their best in the first round of the playoffs, it’s unclear how long any Miami postseason run would have lasted.

Instead, Miami’s most passionate supporters get the opportunity to remember that off the court, the NBA’s biggest stars are also the game’s biggest fans.