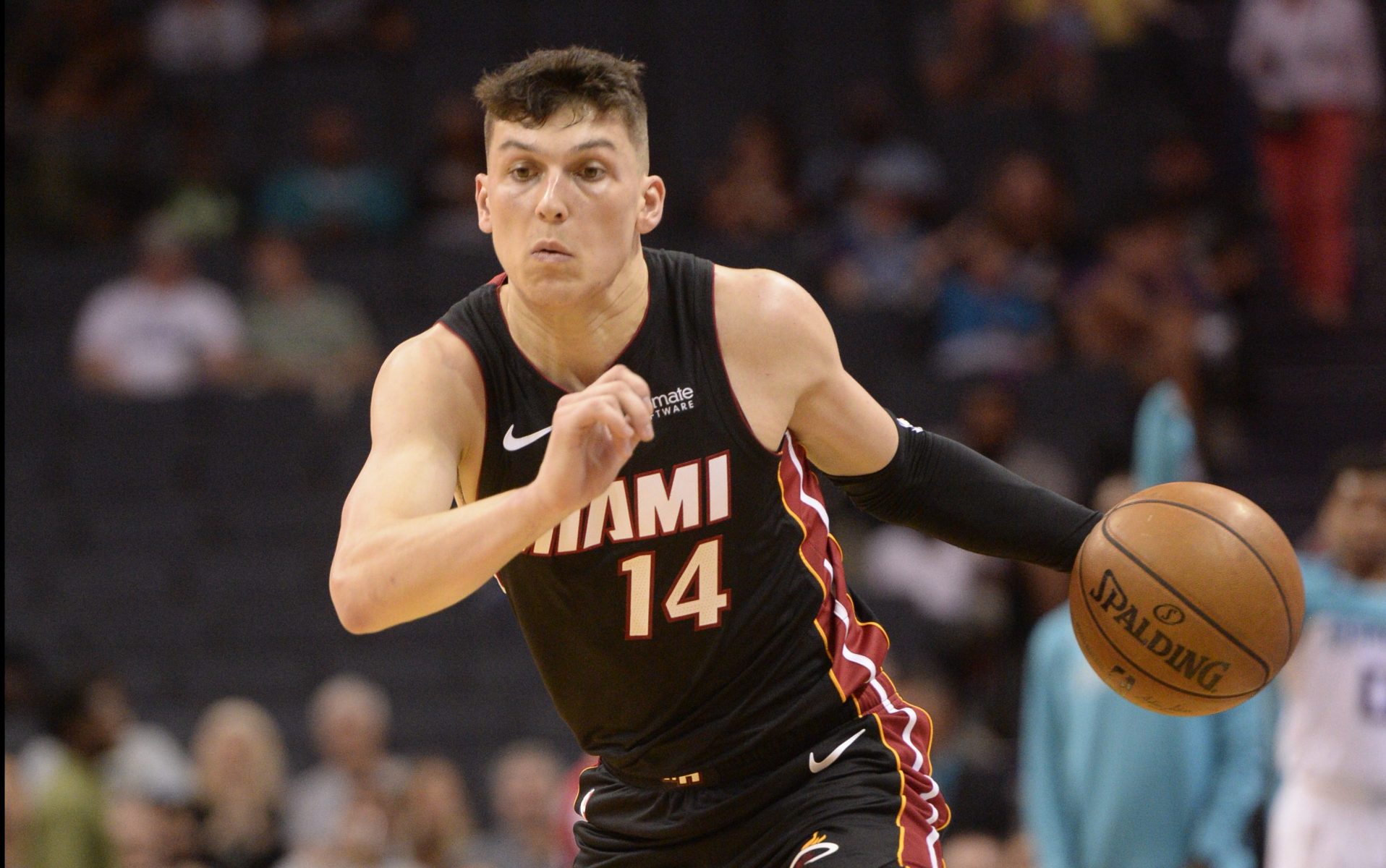 Since being selected by the Miami Heat with the No. 13 overall pick in the 2019 NBA Draft, Tyler Herro has been drawing rave reviews, especially from his new teammates.

Now, arguably the greatest player in Heat franchise history seems to be highly impressed by the 6-foot-6 rookie guard as well.

On Saturday, Dwyane Wade was the subject of a celebrity roast hosted by Fox Sports Florida’s Jason Jackson. It was that event that gave the recently retired guard an opportunity to give Herro plenty of love.

“Just from summer league, right away, you know a basketball player when you see one; the kid can play basketball,” Wade said.

“Obviously he’s going to get a tag of being a shooter because he looks a certain way. But he’s not; he’s a basketball player. He makes plays. He plays very well off the dribble. He’s a great 1-on-1 player and obviously he can shoot the [heck] out of the ball. But everything you hear about him from the coaching staff, from the players, is how hard he works and how dedicated to the craft that he is. So obviously myself and Udonis [Haslem], we respect that coming to this organization.”

In two preseason games so far, Herro has looked good. He led the team in scoring with 18 points on 7-of-13 shooting from the field while making two of his five 3-point attempts in its first contest, a 107-89 win over the San Antonio Spurs.

Following the game, Jimmy Butler told the media that Miami is “going to fall in love” with Herro, citing the rookie’s grit and work ethic.

Last season, while with the University of Kentucky, Herro showed promise, averaging 14.0 points and 4.5 rebounds per game while shooting 46.2 percent from the field and 35.5 percent from downtown.

He also showed an outstanding touch from the free-throw line in college, making 93.5 percent of his foul shots last season.

If the Heat are to return to the playoffs this season, let alone return to the lofty heights they enjoyed not too long ago, one would expect Herro to play a major role.