Jimmy Butler Can’t Stop Smiling While Talking About Tyler Herro: Miami’s Going to Fall in Love With Him 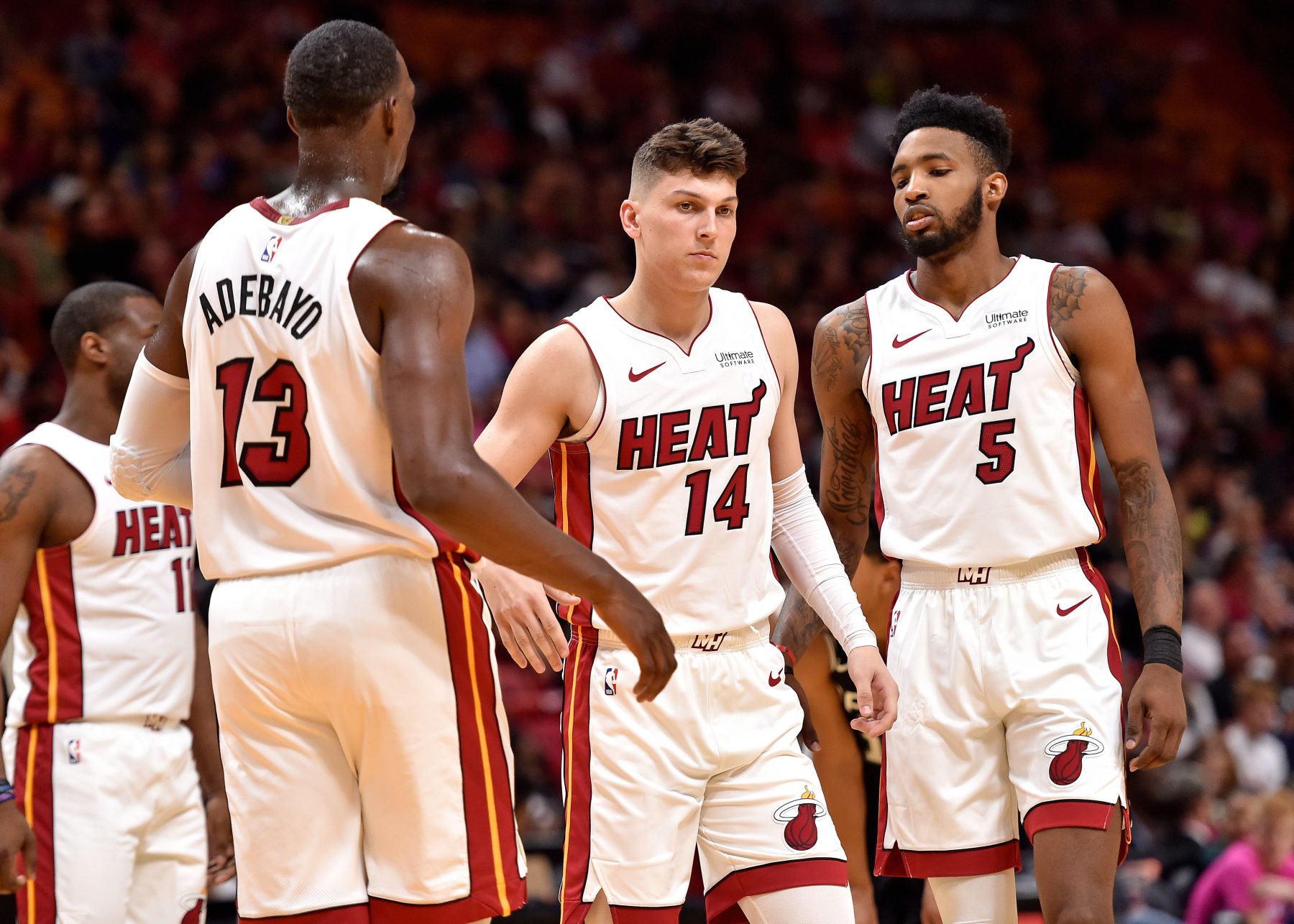 “He’s a player. This city is going to fall in love with him.”

“T (Herro) is a player man. He’s going to be big for us, big for this city,” said Butler. “They’re going to fall in love with him as they should because he grinds.”

Herro was the Heat’s leading scorer with 18 points while also recording three rebounds and three assists in 24 minutes of play.

Butler also spoke about how eventually teams will begin to prepare for the 19-year-old with scouting reports.

Herro spent one year in college, playing for the University of Kentucky Wildcats, averaging 14.0 points, 4.5 rebounds and 2.5 assists per game while shooting 35.5 percent from three.

If the first preseason game is any indication, Herro is going to be a key rotation piece for the Heat as they look to get back into the playoffs after missing out on a playoff berth last season by two games.