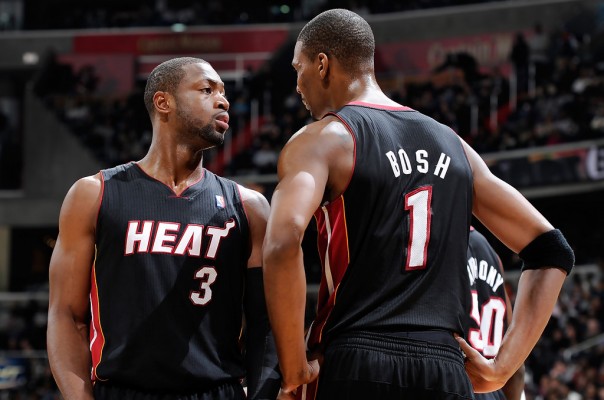 Like most Miami Heat fans, Dwyane Wade was rooting for Chris Bosh to play basketball again.

However, news broke this morning that Bosh failed a team physical due to a complication showing continued clotting — likely related to his previous blood clots.

The team also released a statement today that confirmed the failure of the preseason physical and said there is no timetable for a return.

Now Wade is being supportive of his friend and longtime teammate. According to Tim Reynolds, Wade told Bosh to focus on family first.

Dwyane Wade to AP on Bosh: "To me, the biggest thing is Chris has five kids and a wife and a family. … I told him focus on that first."

With Wade leaving for Chicago and Bosh’s latest setback there are a lot of questions that the Heat will have to answer this season. The roster has been rebuilt with younger, mostly unproven players, so the loss of Bosh, a veteran leader, is definitely a blow.

The Heat start training camp next week in the Bahamas so we will find out soon enough what this young group is made of.
[xyz-ihs snippet=”Responsive-ImagenText”]