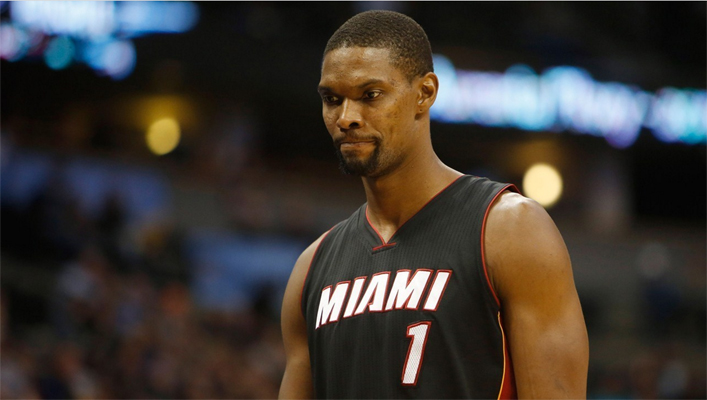 Miami Heat forward Chris Bosh’s chances of playing next season took a turn for the worst on Friday.

That’s because Barry Jackson of the Miami Herald is reporting that a complication has arisen in Bosh’s medical tests as he failed his physical and is not cleared for training camp with the Heat at the moment.

The complication involved evidence of continued clotting, which is likely related to one of his previous two blood clot episodes.

This couldn’t have come at a worse time as the Heat prepare for training camp next week and will be going forward without its undisputed leader in Bosh.

Although the complication is not considered life-threatening, the chances of Bosh playing now are slim to none as his current situation requires medication.

The silver lining in all of this is that Miami now seems likely to be granted some salary cap relief as they have the ability to remove Bosh’s salary from its cap on Feb. 9, which would be the anniversary of the forward’s last game.

According to the NBA’s labor agreement, this can only happen if “a doctor that is jointly selected by the league and players association agree his condition is career-ending, or severe enough to put him at risk if he continues playing.”

At age 32, Bosh is now owed $76 million over the next three seasons, and while he’s expected to receive all that money, the Heat would be able to relinquish themselves of the severe cap hits through the final two seasons if they elect to release him and his salary at the Feb. 9 deadline.

The Heat return to training camp on Sept. 27 and will move forward without its starting power forward for the time being.
[xyz-ihs snippet=”Responsive-ImagenText”]