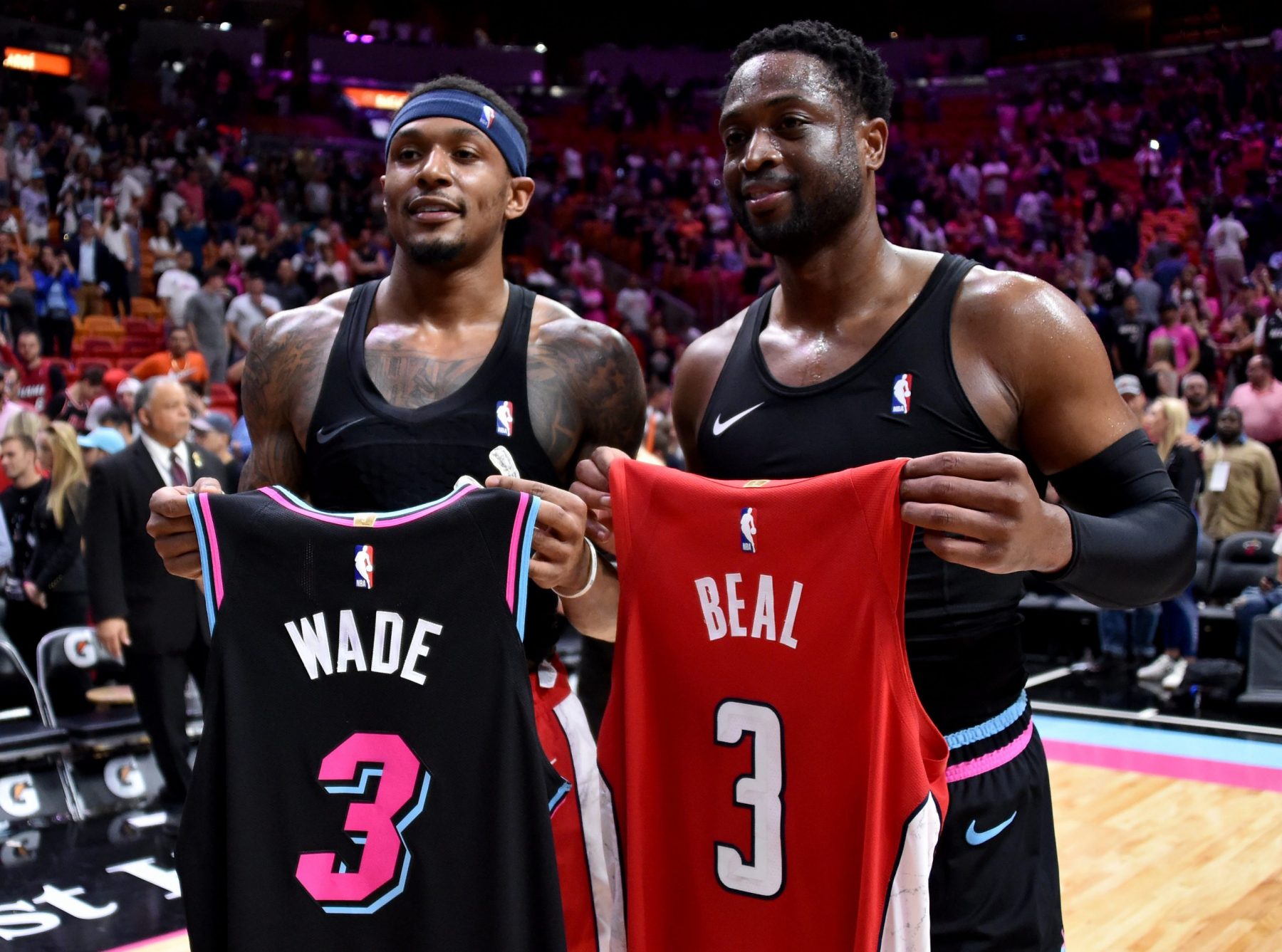 The 26-year-old Beal has been in the NBA since 2012 after being selected by the Washington Wizards with the fourth overall pick in the draft.

Over the course of Beal’s eight seasons in the league, he’s managed to be named to the All-Star Game twice and has career averages of 21.0 points, 4.0 rebounds, 4.0 assists and 1.1 steals per game.

Still, the fact that Beal’s Wizards are currently amongst the lesser teams in the league has certainly hurt his reputation.

That absence of a spotlight on Beal has become especially prominent during the past two seasons, considering the Wizards have put together a miserable 56-90 record.

Wade’s post perhaps offers some fans the opportunity to assume that Wade is trying entice Beal to consider playing for the Heat down the road.

The Heat have reportedly pondered trading for Beal in the past, but how much they would have to give up in any deal could end up being a sticking point.