Don't Miss
Home / Media / Dwyane Wade Says He Will Have Farewell Tour, Reveals Motivation for Having One

Dwyane Wade Says He Will Have Farewell Tour, Reveals Motivation for Having One 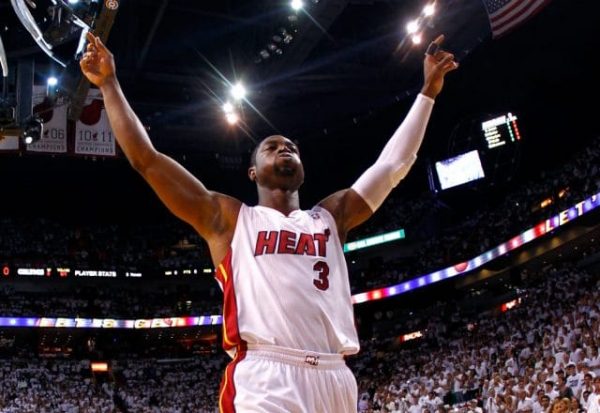 Wade tweeted that he chose to return for one last year for the team’s fans after O’Neal lamented about not being able to have a similar “farewell tour” when he was forced into retirement by an injury-marred season in 2011.

I never wanted a “farewell tour” but being in the position to have one is an unbelievable honor that i couldn’t rob my fans of. @SHAQ you definitely deserved one and i would have loved to be apart of it. Thank you for believing in me enough! #06Champs

O’Neal told the Sun Sentinel that he was “jealous” that Wade will get the farewell tour that he did not. O’Neal was forced out into retirement after an injury-filled 2010-11 season for the Boston Celtics during which he averaged a career-low 9.2 points and 4.8 rebounds per game.

Despite his regrets, O’Neal praised Wade as one of the best players to ever start at his position.

“I remember watching Kareem’s and Magic’s and Bird’s farewell tour,” O’Neal said. “Every great, historic player deserves one. D-Wade is a historic player. And there’s a lot of barbershop talk of him being the second- or the third-best two-guard in the game. And when you bring his name up, there’s nobody even close, as far as three, four, five, six and all that. So he is one of the top two-guards to play the game.

“I’m happy for him that he can have this farewell tour, especially here in Wade County.”

O’Neal added that Wade’s success was key to his own move to South Beach.

“The funny thing is, before I came to Miami, I never knew who he was,” he recalled. “I don’t think I played against Miami that year, so I’d never seen him, never heard of him, and we were out of the playoffs and they were in the playoffs, and like then, ‘Who is this kid?’ So when it came time for me to make a move, I know I needed somebody who was as good as Kobe [Bryant], or close, that I could bring to the next level. So I chose to come [to Miami]. I think it was one of my better business decisions ever.”

Wade announced that he would return for “one last dance” with the Heat after inking a minimum contract Sunday.

Wade has spent most of his 15-year career in Miami, save for brief stints in Chicago in 2016-17 and Cleveland last year. The 36-year-old has led the Heat to three NBA championships while earning himself 12 All-Star nods.
[xyz-ihs snippet=”HN-300×250-TextnImage”]