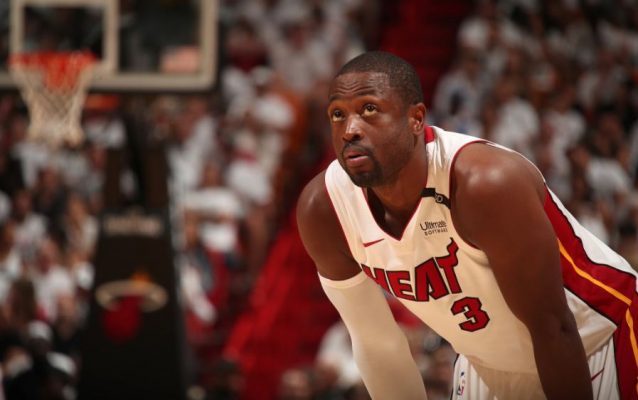 On Sunday night, Miami Heat veteran guard Dwyane Wade confirmed recent speculation by announcing that he’ll be returning for his 16th and final NBA season. In the wake of that announcement, one key aspect of his return will come as a surprise, since he agreed to accept the Heat’s offer of a veteran’s minimum contract.

That deal will pay him just $2.4 million for the 2018-19 NBA season, which is less than half of the mid-level exception of $5.3 million that he was rumored to be seeking.

The Heat were apparently not willing to budge from the $2.4 million offer, considering they’re already entering this year $4 million over the NBA’s luxury tax line of $123 million. Had the team signed Wade to that mid-level exception, the Heat would have actually paid out $14.2 million, with the remaining money going further over the salary cap.

Wade spent the first 13 years of his career with the Heat and helped lead the team to three NBA titles. He left to join the Chicago Bulls, but received a buyout after that first year before then signing to play with the Cleveland Cavaliers. In February, he was traded back to the Heat.

In announcing his return, Wade offered this reasoning for deciding to come back:

“This is the hardest decision I’ve ever had to make,” Wade said. “I asked myself why, why not? I have heard everything from my family to my fans around the world to what I should and shouldn’t do. I’ve done things the way I feel is right for me and my family.

“What I feel is it’s right to ask you guys to join me for one last dance. One last season. This is it. I’ve given this game everything I have, and I’m happy about that. And I am going to give one last season everything I have left. Let’s enjoy it. Let’s push this young team over the hump and write our own story to the end of this career together.”

The announcement by Wade comes just nine days before the team opens up its training camp to start the 2018-19 campaign.
[xyz-ihs snippet=”HN-300×250-TextnImage”]