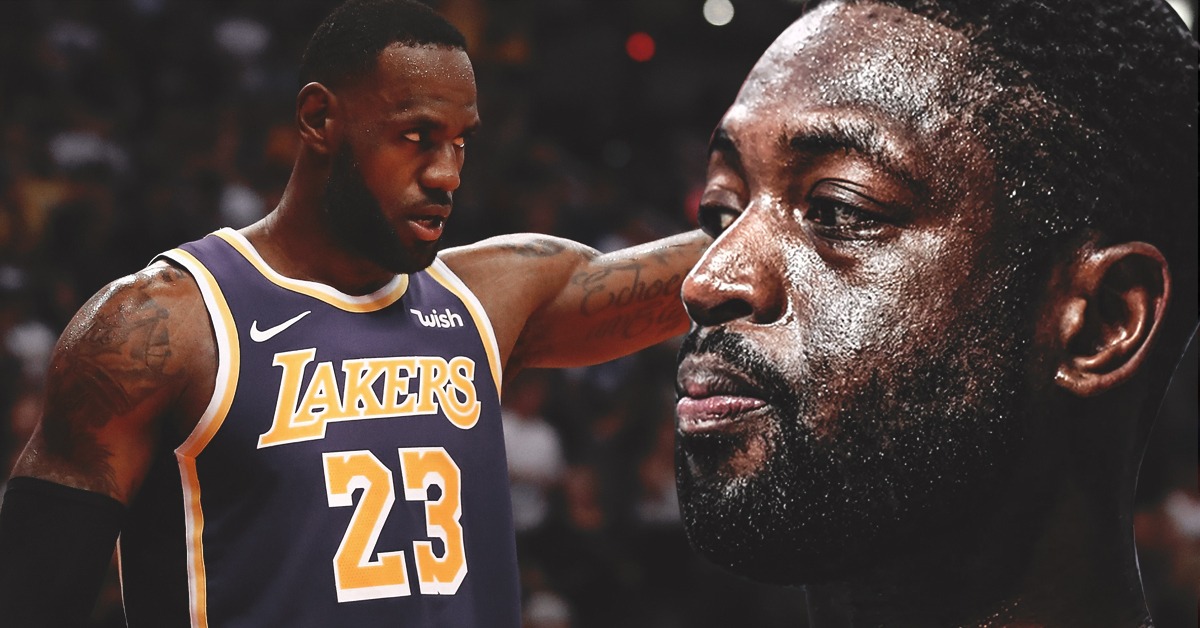 During Dwyane Wade’s 16 NBA seasons, he delivered plenty of dunks, but the one player who he wanted to see on the receiving end of those efforts is his close friend LeBron James.

Wade took part in an AMA (Ask Me Anything) via Bleacher Report and was asked which NBA player he really wanted to dunk on. The retired Miami Heat legend got a chuckle out of the question and delivered the good-natured jab at James as his response.

James and Wade both entered the NBA during the 2003-04 season after having been the first and fifth players, respectively, taken in the 2003 draft.

Over the ensuing years, James and Wade forged a close bond that eventually saw the two players come together for the Heat from 2010 to 2014. That magical stretch resulted in the team reaching the NBA Finals during each season and capturing consecutive league titles in 2012 and 2013.

James returned to his original team, the Cleveland Cavaliers in 2014, with Wade briefly joining him during the first four months of the 2017-18 season.

Wade then was dealt back to the Heat in February 2018 and retired the following year. James moved on and is in his second season as a member of the Los Angeles Lakers.

During their time together with the Heat, the two players managed to be part one of the more iconic NBA photos in recent memory, with Wade delivering a no-look pass to James, who followed with a thundering tomahawk dunk.