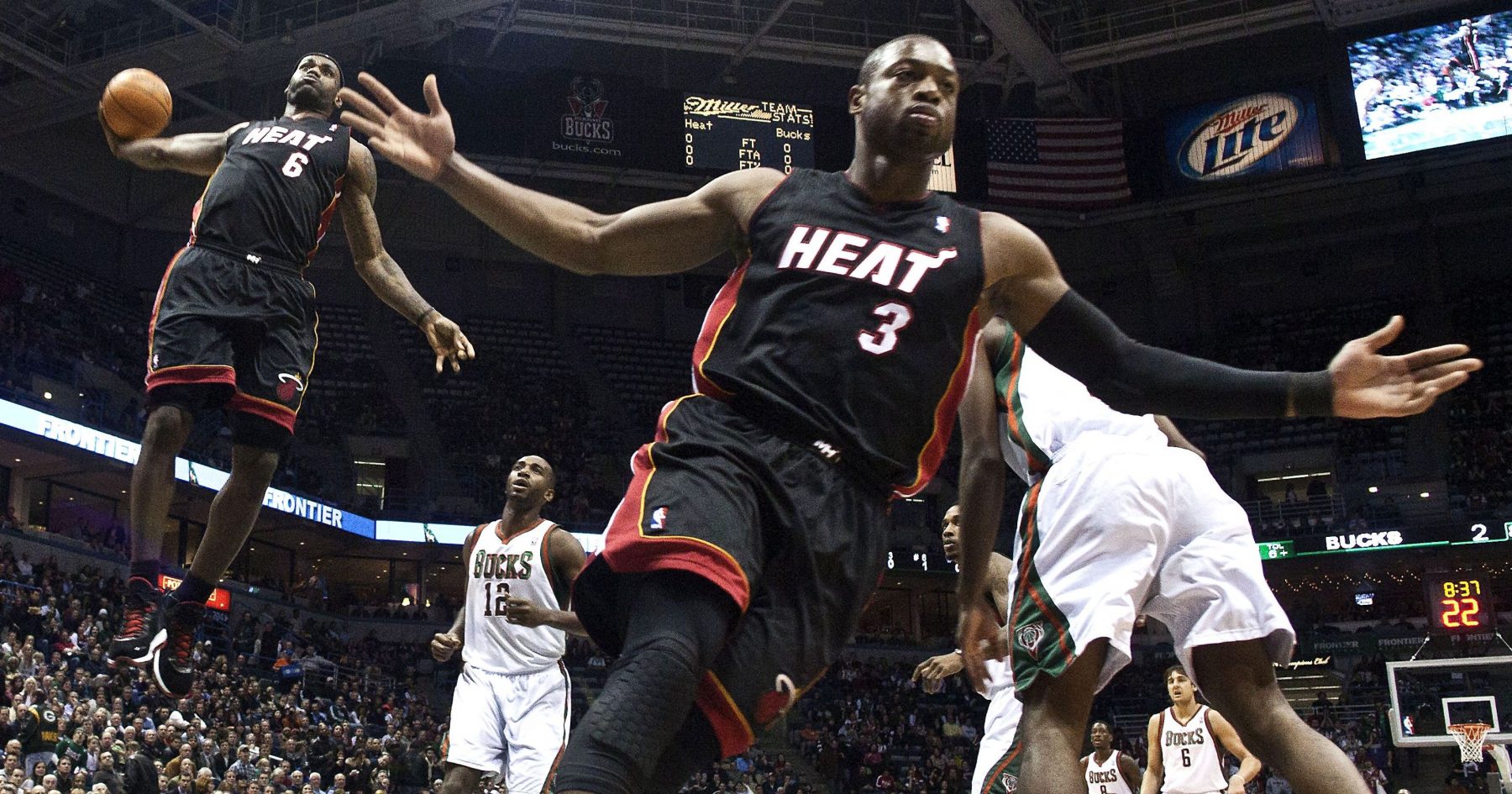 The memory of that photo led to amusement when it resurfaced in hilarious fashion following Sunday night’s episode of the HBO drama, “Game of Thrones.”

The memes were going off last night for #GameOfThrones ??? Hit our LINK IN BIO to see our roundup of the best. ??

The woman whose face was superimposed on both James’ and Wade’s bodies is actress Maisie Williams. She plays the murderous character of Arya Stark on the program, which is in the midst of its final season of original episodes.

The Dec. 6, 2010 photo was taken by Associated Press photographer Morry Gash at Bradley Center when the Heat traveled to face the Milwaukee Bucks. The image of James’ forceful dunk with Wade celebrating even before the points were scored resonated with basketball fans everywhere. One of the reasons that the shot entered icon status was because James himself offered high praise for the photo on social media.

By far one of the best sports pics I've seen taken!! http://twitpic.com/3dyla0

That game came early in the first of four seasons that James spent with the Heat, and in each of those years, the team reached the NBA Finals, winning NBA titles in both 2012 and 2013. He was a central figure in capturing those championships, winning Finals MVP both times, with Wade also serving as a key piece.

James returned to the Cleveland Cavaliers in 2014 and now plays for the Los Angeles Lakers, while Wade recently concluded a memorable final season that he had named “One Last Dance.” Yet even though one career has now ended and one will eventually reach its conclusion, the lasting image created during their first year together will likely live on long into the future.
[xyz-ihs snippet=”HN-300×250-TextnImage”]