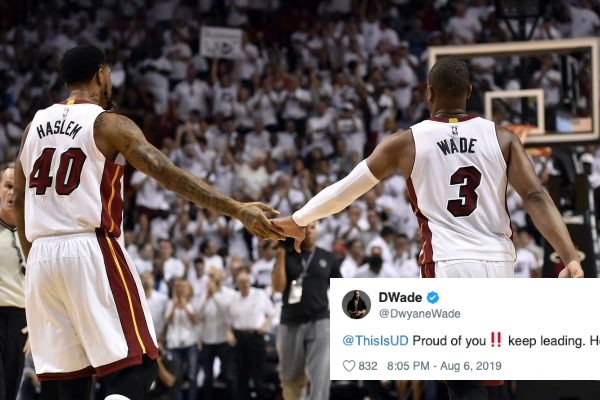 On Tuesday, it was reported that Udonis Haslem signed a one-year, $2.6 million contract to remain with the Miami Heat.

It wasn’t long before longtime teammate Dwyane Wade took to social media to give him some love.

Haslem, a 6-foot-8, 235-pound big man, was undrafted when he came out of the University of Florida in 2002. After spending one season playing in France, he joined the Heat for the 2003-04 season, and has been with the team ever since.

His career has spanned the tail end of the Alonzo Mourning era, the Wade and Shaquille O’Neal era and, of course, the Big 3 era of Wade, LeBron James and Chris Bosh.

In his storied NBA career, Haslem has posted averages of 7.6 points and 6.7 rebounds per game while being a member of three championship teams.

He has been relegated to mostly backup duty at center in recent seasons, but his experience and veteran leadership are invaluable to a Miami team that is looking to once again make waves in the regular season and beyond.