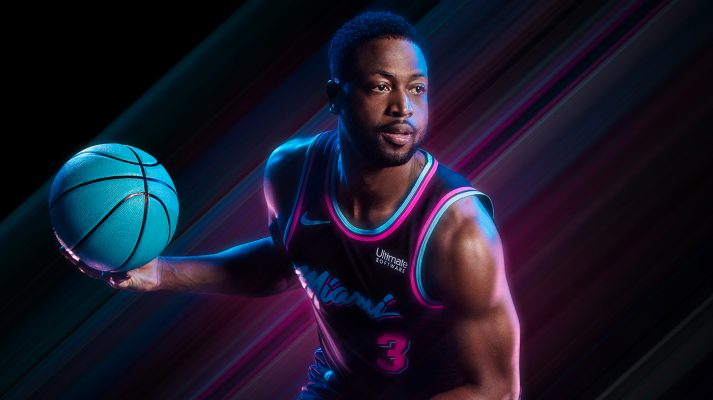 The highly anticipated “Vice Nights” jersey for the Miami Heat has made waves in the media since being unveiled, and guard Dwyane Wade favored the positivity circulating as he gave his opinion on it.

“I think it’s better than the white ones,” said Wade said Monday prior to the Heat visiting the Detroit Pistons. “The white was cool. But I think the black is what everybody has been waiting for. They’re dope. I can’t wait for everybody to go out and purchase them and rock them when we rock them.”

When asked about the new conjunction of the “Vice Nights” themed court, Wade replied similarly:

“That’s the coolest thing. It’s not just the jerseys. To be able to go all in all the way around. That makes it even more of a special night when we get an opportunity to get on that court. I think it brings some excitement even to the players. So it’ll be cool to the fans definitely to come in and to feel a different environment and a different vibe.”

Heat fans won’t have to wait long to see their team sport the new threads, as the uniform will be debuted Friday against the Indiana Pacers. The Heat will also have 14 games this season aside from Friday in which the uniform will be worn. Fans can also get their own “Vice Nights” gear Thursday at midnight online.
[xyz-ihs snippet=”HN-300×250-TextnImage”]