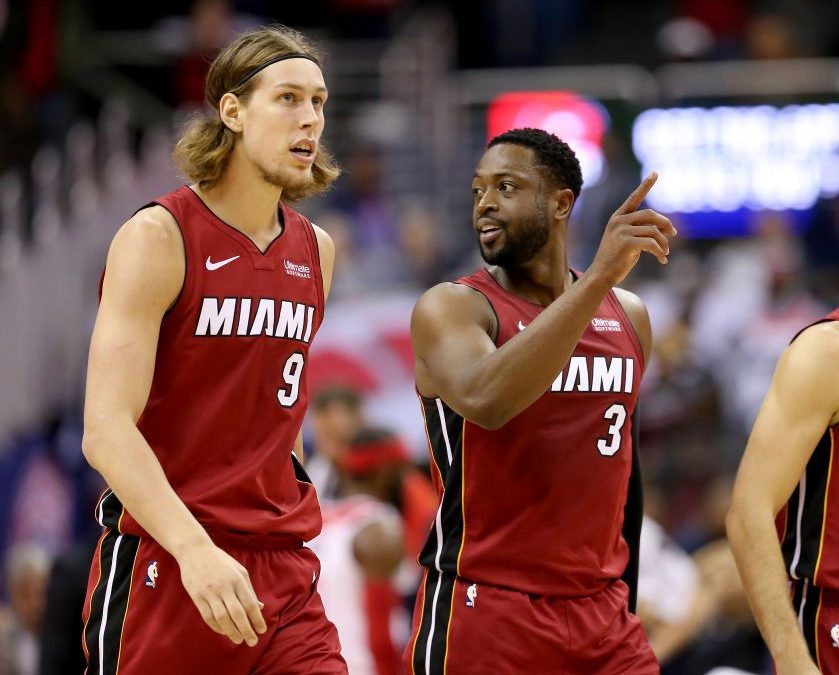 In the Miami Heat’s blowout win over the Denver Nuggets on Saturday, Kelly Olynyk caught fire in the final frame.

The big man scored all of his 20 points in the fourth quarter. As a result, he joined Heat legend Dwyane Wade in the organization’s history books by being the only other Heat player to ever accomplish that feat.

Once Wade caught wind of the history-making performance, he took to Twitter to celebrate the accomplishment.

Of course, Wade is merely joking. Still, it is great to see how tuned in he is to his former team as it restarts its 2019-20 season inside the NBA’s bubble in Orlando, Fla.

As for the Heat, they got their restart off with a bang versus the Nuggets. After a competitive first half, the Heat managed to take control of the shorthanded Denver team.

Olynyk led the bench unit in scoring, while All-Stars Jimmy Butler and Bam Adebayo led the starters offensively with 22 points each.

Up next, the Heat will take on the defending champion Toronto Raptors on Monday.