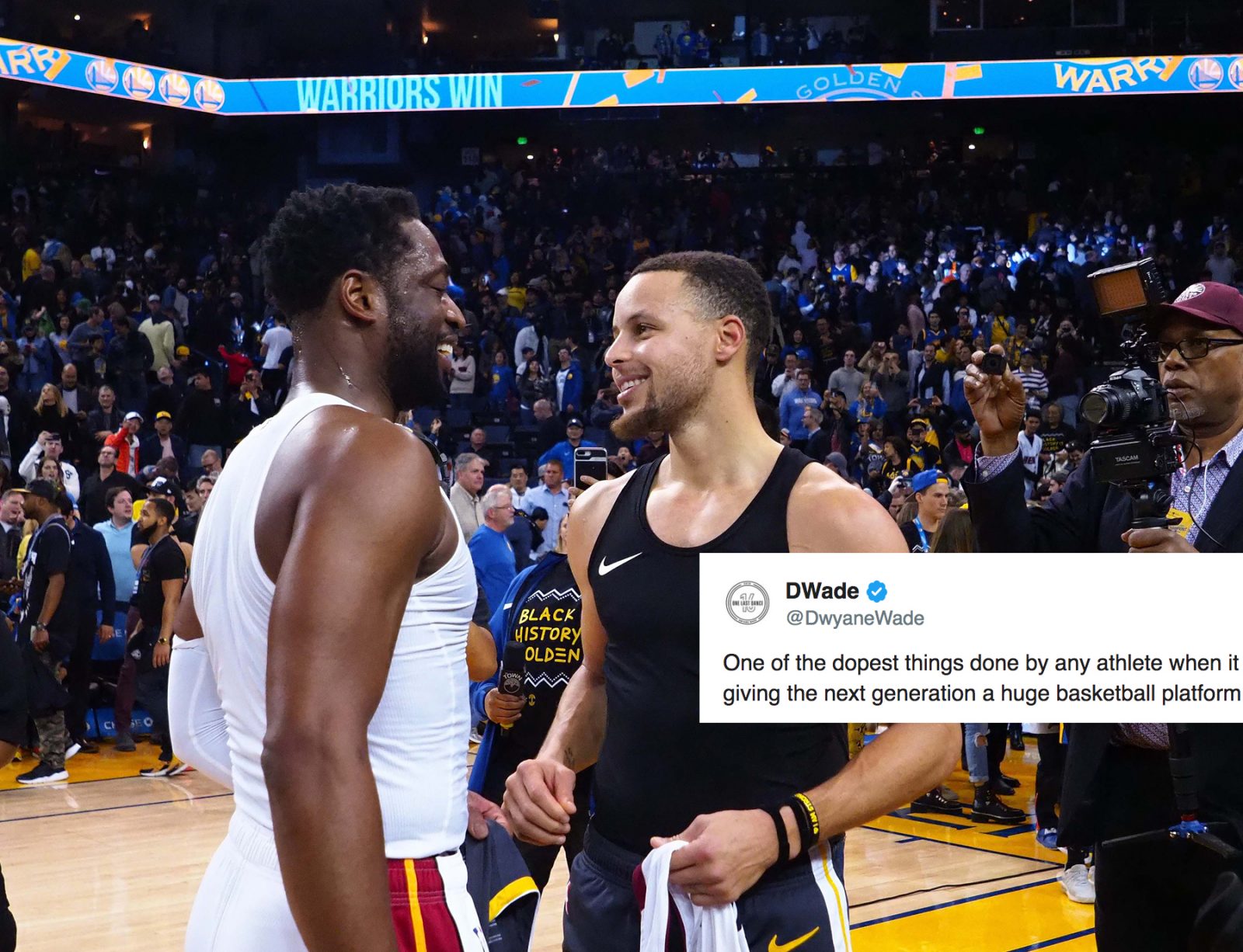 One of the dopest things done by any athlete when it comes to giving the next generation a huge basketball platform https://t.co/10T6muaTQY

Wade’s praise was in reference to Curry’s recently announced Underrated Tour, a basketball camp designed to highlight amateur basketball players who have been overlooked. This hits close to home for both superstars.

The Heat legend certainly knows a thing or two about paving the way for the next generation of basketball players and has been a vocal proponent of making the game and world better for those next in line.

Wade and Curry, who have both won three titles, recently played each other for the final time. In that game, Wade made one of the greatest shots of his career to win the game at the buzzer.

On the year, Wade is averaging 14.3 points, 3.8 rebounds and 4.2 assists per game. He has announced that he will retire at the conclusion of the season.
[xyz-ihs snippet=”HN-300×250-TextnImage”]